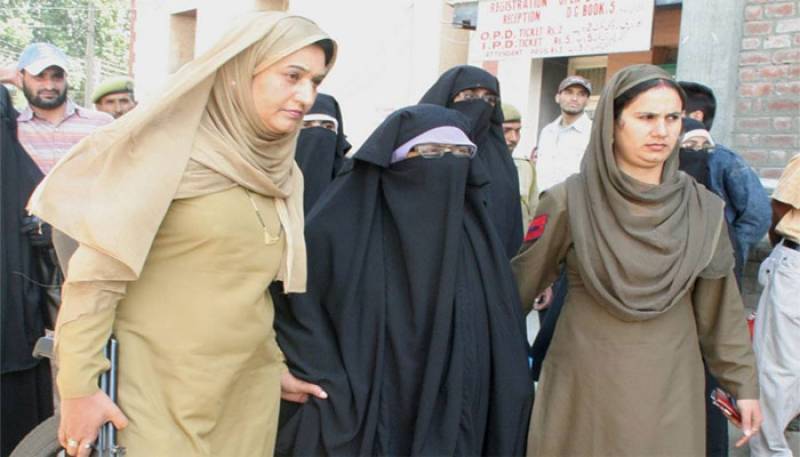 SRINAGAR - In occupied Kashmir, Dukhtaran-e-Millat (DeM) has condemned the re-arrest of party Chairperson, Aasiya Andrabi, and her associates, Nahida Nasreen and Fehmeeda Sofi in Srinagar.

According to Kashmir Media Services, the DeM spokesperson, Rifat Fatima, in a statement in Srinagar said that after a Srinagar court issued orders of interim bail on Monday in favour of Aasiya Andrabi, Nahida Nasreen and Fehmeeda Sofi, the police took them to Soura Police Station where another fake case was registered against them.

“From there, the women leaders were taken to Rambagh Women’s Police Station and have been kept in police remand till June 02,” she said.

Rifat Fatima said it is the worst human rights violation that since April 20, false cases are being registered against the three women leaders one after another.

The party leaders were arrested from Islamabad district on April 20 on false charges of instigating students to protest and were sent to Srinagar Central Jail, she said.

Rifat said that it took a month to get bail in that case as it was only issued on May 19. “Since May 19, Aasiya Andrabi, Nahida Nasreen and Fehmeeda Sofi are being illegally kept under detention at Rambagh Police Station. This is political vengeance against the party leaders,” she added.