China responds to the Pakistan India ceasefire at LoC
31 May, 2018 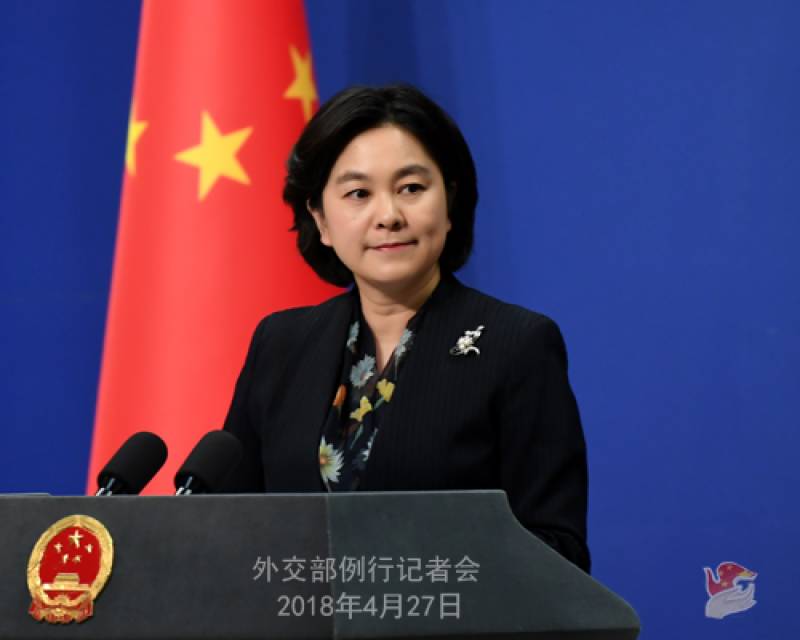 BEIJING - China has responded to the positive actions taken by Pakistan and India over ceasefire along the Line of Control (LoC) and Working Boundary (WB).

Answering to a question during a regular press conference Thursday, Foreign Ministry Spokesperson Hua Chunying said “We have noted relevant reports. We appreciate the positive actions taken by India and Pakistan.”

The spokesperson went on to say, “We hope that the two sides will continue to properly resolve relevant differences through dialogue and consultation and uphold regional peace and stability. <link> <link>

The Directors General Military Operations (DGMOs) of Pakistan and India this week agreed to a ceasefire along the Line of Control (LoC) and the Working Boundary following months of violations by India, leading to a number of civilian casualties.

According to the Inter-Services Public Relations statement, the agreement followed a special hotline contact between the DGMOs of Pakistan and India on Tuesday. Both the sides agreed to fully implement the ceasefire understanding of 2003 in letter and spirit. They also agreed on ensuring non-violation of the ceasefire agreement by both sides.

The DGMOs, according to the ISPR, reviewed the prevailing situation along the Line of Control (LoC) and Working Boundary and mutually agreed to undertake sincere measures to improve the existing situation, ensuring peace and avoidance of hardships to the civilians along the borders. It was also agreed upon that in case of any issue, restraint will be exercised and the matter will be resolved through utilisation of existing mechanisms of hotline contacts and border flag meetings at local commanders level, the ISPR added.