Are Spiritual forces behind withdrawal of Nasir Khosa’s name for caretaker CM?
31 May, 2018 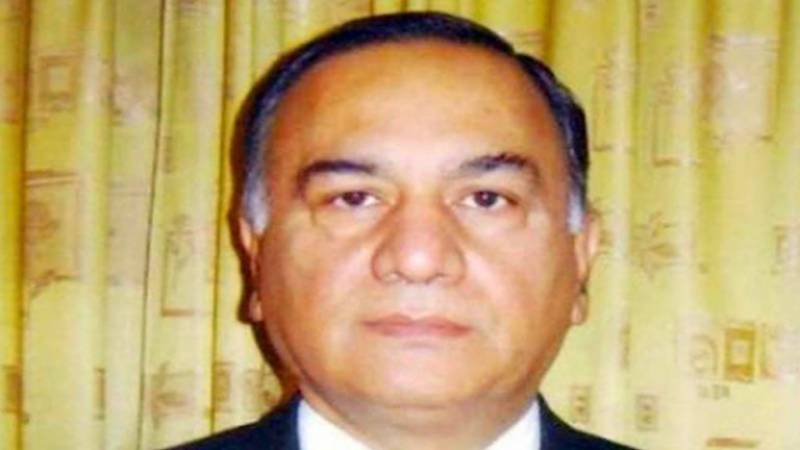 ISLAMABAD - Pakistan People’s Party Leader Faisal Mir has made the rather startling claim that ‘spiritual’ forces were behind the PTI’s supposed about-turn on its support for former bureaucrat Nasir Khan Khosa as Punjab’s interim Chief Minister.

Speaking on a private TV show, Faisal Mir claimed that several PPP leaders had defected to the PTI over the past few years, “these people have been affiliated with the PPP for the past twenty years,” Mir revealed.

He then said that one of these individuals had informed Mir that the Party had together decided upon Khosa’s candidacy, and the party had even held consultations with Khosa himself.

“The party had thorough consultations and even discussed the position with Khosa,” Mir claimed. “The PTI knew Khosa was the candidate who suited them the most.”

The PPP leader then claimed that his source in the PTI informed him that despite everything being finalised, the PTI’s ‘spiritual’ leader–referring to Imran Khan’s wife–realised at the last minute that Khosa’s selection was not a good omen for the party.

“The spiritual leader used Imran Khan and Nasir Khosa’s date of births and the fact that Imran’s name ends with ‘N’, while Nasir Khosa’s starts with ‘N’ to deduce that this arrangement would not suit the party,” the PPP leader claimed in the startling revelation.

Mir also claimed that he verified this claim from a few other PPP members who had defected to the PTI, all of whom said that this was indeed the case.

The PPP leader also added that this last minute spiritual intervention had forced several PTI leaders on the defensive, who were now having to defend the PTI’s change in policy.

The leader of the opposition in the National Assembly, Mehmood ur Rashid, for instance, apologised on public television and said that his party had taken an ‘immature’ decision in withdrawing support for Khosa.

Nasir Khosa, who is a former bureaucrat and who previously served as the chief secretary in both Balochistan and Punjab, meanwhile, chose not to take the caretaker position on Thursday.

Sources claimed that Khosa had not been consulted prior to being nominated, and thus chose to recuse himself from the position.