US Aviation takes back decision of laptop ban from European flights
31 May, 2017 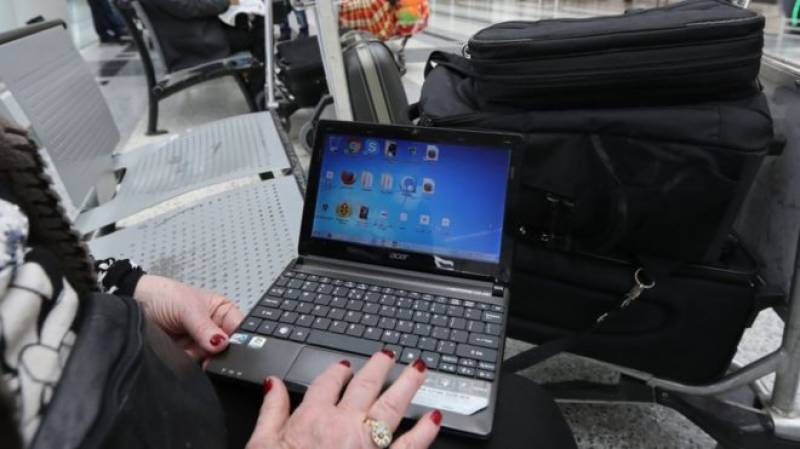 US aviation security officials stepped back Tuesday from imposing a ban on carry-on computers on flights coming from Europe, which had been proposed to guard against possible bomb-laden electronics from the Daesh group.

But the Department of Homeland Security said a ban, already in place for US-bound flights from the Middle East, could still be implemented for Europe if the threat level worsens.

In a phone discussion with European Home Affairs Commissioner Dimitris Avramopoulos and Transport Commissioner Violeta Bulc Tuesday, DHS Secretary John Kelly "made it clear" a ban on passengers carrying tablet and computer-sized electronics on board flights to the United States "is still on the table," DHS said in a statement.

"Secretary Kelly affirmed he will implement any and all measures necessary to secure commercial aircraft flying to the United States –- including prohibiting large electronic devices from the passenger cabin -– if the intelligence and threat level warrant it."

A European Commission spokesperson confirmed the discussion, saying that no decision had been made on the laptop ban, but that the two sides "agreed to intensify talks" on tightening aviation security.

On March 21, Washington announced a ban on carry-on laptops and other electronics larger than cellphone on direct flights to the United States from 10 airports in Turkey, the Middle East and North Africa.

The move came after intelligence officials learned of efforts by the Daesh group to fashion a bomb into consumer electronics.

From any of those airports, US-bound passengers were forced to keep their electronics in checked baggage.

One day later Britain announced a similar ban for flights originating from six countries, and by early May DHS was threatening to impose a similar restriction for flights from Europe to the United States.

That would have a huge effect on the coming high travel season, with more than 3,250 flights a week scheduled to leave EU airports for the US this summer.

But after weeks of discussions, no decision was made. EU officials acknowledge that the decision is in the hands of US authorities.

DHS spokesman David Lapan said that Europan officials would be given ample warning ahead of any ban.