Pakistan Ambassador holds important meeting with US CENTCOM Commander in Florida
31 May, 2017 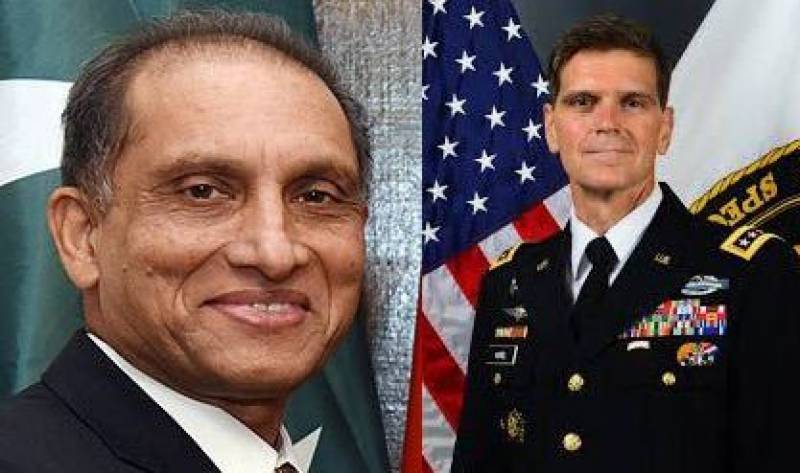 During the visit of CENTCOM, Aizaz Chaudhry discussed number of issues with Joseph Votal and they agreed to work together against terrorism.

According to spokesperson of Pak embassy, they also discussed maritime security issues during the meeting.