Ivanka Trump brand in China comes in spotlight
31 May, 2017 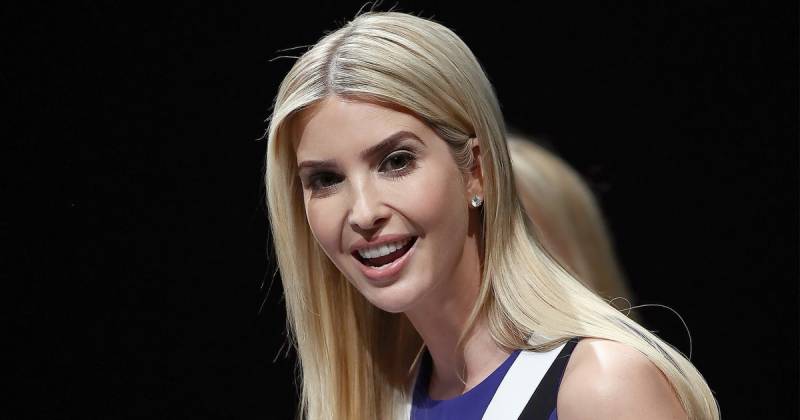 BEIJING: An activist investigating working conditions at a supplier for Ivanka Trump's brand in China has been detained, his NGO said Wednesday, putting another spotlight on Chinese business activities linked to the US presidential family.

Two other men who were working on the investigation have been missing since Sunday, according to China Labor Watch, a New York-based non-governmental organisation.

"In 17 years (since our organisation was founded), we have done countless such investigations and have never had any problems," China Labor Watch director Li Qiang told news agency AFP.

"But this is the first time we've investigated Ivanka Trump (manufacturers), so it may very well be related to the brand."

Ivanka Trump is US President Donald Trump's daughter and a White House adviser. Her husband, Jared Kushner, is also a top aide to the US president and his own family business has come under scrutiny over its financial dealings in China.

Trump lambasted China over its trade practices during the US presidential campaign, but he has established a friendly rapport with President Xi Jinping since they met at Trump's Mar-a-Lago resort in April.

"We appeal to President Trump, Ivanka Trump herself, and to her related brand company to advocate and press for the release of our activists," Li said.

Hua Haifeng, who was working undercover with the two other men in Jiangxi province, has been held by police and accused of illegally using "eavesdropping equipment," Li said.

Deng Guilian, Hua's wife, was notified of his arrest by Jiangxi authorities on Tuesday. Hua and the two other activists, Li Zhao and Su Heng, have been unreachable since Sunday.

"The accusation from Jiangxi police has no factual basis," Li said.

He noted the activists were probing two factories owned by major footwear producer Huajian Group -- one in the city of Dongguan in southern Guangdong province, the other in Jiangxi's Ganzhou.

They discovered that employees were required to work overtime while being paid less than the minimum wage, according to Li, who alleged that the factory issued fake pay slips that showed wages greater than the workers' actual compensation.

He said the activists also found that the factory employed "student labourers."

Aside from Ivanka Trump, the factory also manufactures products for other overseas brands, including Coach, Nine West, Karl Lagerfled, and Kendall + Kylie.

People connected to the Trump administration have repeatedly come under fire for business dealings in China.

Last month, the real estate company owned by the family of White House advisor Kushner sparked an uproar after his sister, Nicole Kushner Meyer, headlined events in Beijing and Shanghai to seek more than $150 million in investment in a US luxury apartment complex.

And while President Trump made a pledge in his January inauguration speech to "buy American and hire American," US Customs bills of lading examined revealed that more than 50 tonnes of Ivanka Trump-branded shoes, bags and clothes were steaming towards American ports from China even as he spoke.

Donald Trump has himself sought dozens of trademarks in China.

Xi has overseen a tightening of controls on civil society since assuming power in 2012, with arrests that have drawn international condemnation.

Patrick Poon, a China researcher for Amnesty International said the activists' predicament is "extremely worrying" because labour activism, which mainly targets companies rather than the government, is "usually considered less sensitive than other human rights and political activism".

"If even this kind of activism is under increasing threat, it may suggest that the Xi Jinping government is not tolerating any demand for rights improvement, including social and economic rights," Poon told AFP.