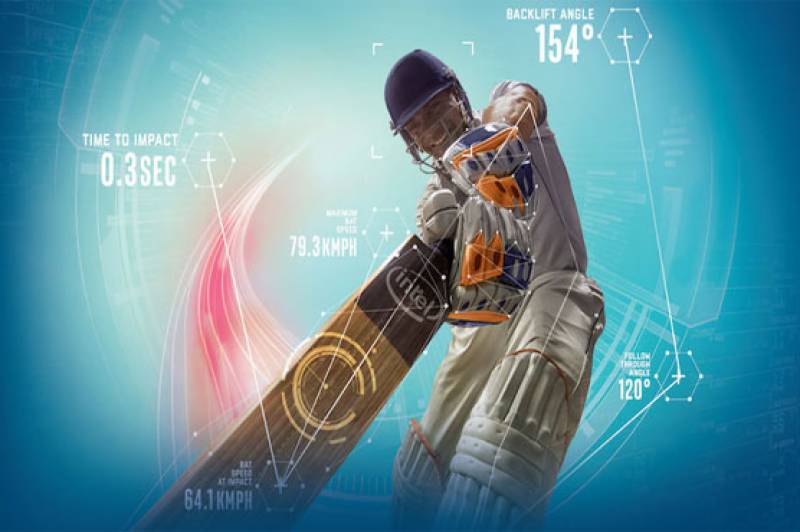 LONDON (AFP) - England trio Jason Roy, Alex Hales and Ben Stokes will be among the players from around the world pioneering new bat sensors during the upcoming Champions Trophy, it was announced Tuesday.

Technology giant Intel has developed a sensor, placed on top of the bat handle, that provides previously unseen precise details about a player s bat speed and angle of back lift.

The aim is to both provide more information to television audiences and, longer term, develop a coaching aid.

Former England captain turned cricket broadcaster Nasser Hussain told a news conference at The Oval: "How many times have we spoken about people having  fast hands  or  great bat speed ?

"But what does that mean? We ve never quantified it."

Hussain, speaking ahead of the Champions Trophy opener between England and Bangladesh at The Oval on Thursday, said he would have benefitted had this technology been available in his career.

"When I first played for England, I had never really seen myself on television. I remember playing in Jamaica, getting out and walking through the hotel lobby and Geoffrey Boycott shouting at me  Hussain, you ll never get any runs with that open bat face .

"Something like this can show you the exact angle of your bat."

Hussain said Roy, going through a run drought that has yielded four single figure scores in his last five one-day international innings, might gain from the new system.

"Take Jason Roy, struggling a little bit at the moment. Say this technology had been in place for two or three years, he could have a net tomorrow, play normally, and then take the data from two years ago and say  is everything I m doing with my bat exactly the same as it was?  and if you know it was, you know that s not the issue."

Hussain added: "There will be traditionalists thinking  is this relevant? .

"But if it gives you that one percent to improve the game, someone will be using it."

Other innovations at the Champions Trophy include the use of high-technology drones to provide more in-depth pitch analysis and a virtual reality system that allows fans to experience what it s like to face the world s best bowlers.

International Cricket Council chief executive David Richardson, speaking alongside Hussain, welcomed the developments by saying: "If the technology is available to enhance and amplify the cricket experience, over the years we ve shown a real willingness to trial and support it.

"Our long-term vision is to make cricket the world s favourite sport and really there s only one way to achieve this -- to keep the fans engaged and interested in the game."

The former South Africa wicket-keeper added: "That s all about offering the fans premium content and embracing technology."