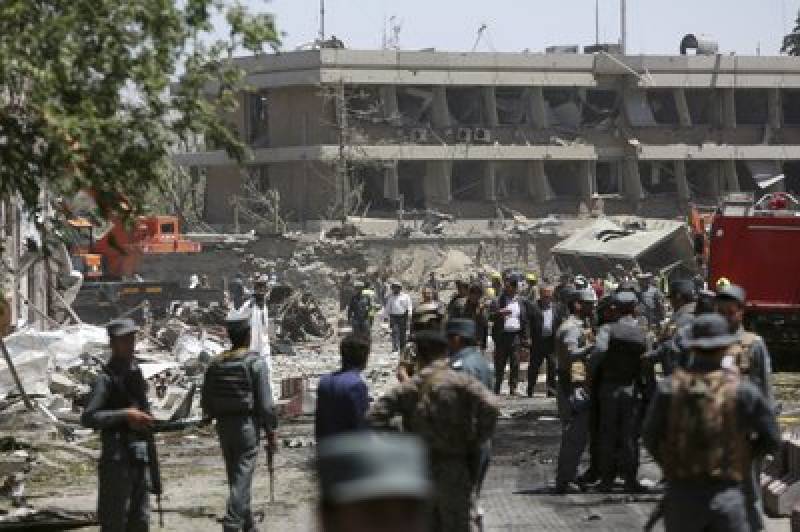 KABUL: The Afghan Taliban are denying any involvement in the massive suicide attack that struck the capital, Kabul, earlier in the day.

Zabihullah Mujahid, spokesman for the Taliban, says that Wednesday’s explosion had “nothing to do with the Mujahedeen of Islamic Emirate,” as the Taliban call themselves.

Mujahid says the Taliban were not involved and that whoever “carried out this attack and for what purpose, that will become clear at a later stage.” His statement added that the Taliban condemn “every explosion and attack carried out against civilians, or in which civilians are harmed.”

Even though the Taliban claim they are only waging war against the Kabul government and foreign forces in Afghanistan, most of the casualties of their attacks have been civilians.

An Afghan health official has raised the death toll from the massive suicide car bombing in Kabul earlier in the day, saying the attack killed 80 people.

Ismail Kawasi, spokesman for the public health ministry, says that the number of the wounded now stands at 350. He says the target of the attack was not immediately known but that most of the casualties were civilians, including women and children.

No group immediately claimed responsibility for Wednesday’s explosion, which struck the heart of Kabul’s highly secure diplomatic district, the Wazir Akbar Khan area. The neighborhood is home to several embassies and not far from the Presidential Palace and foreign ministry. German and Pakistani authorities have said some of their employees and staff were hurt in the explosion.