Pakistan decides to give a befitting response to the country over threatening letter: NSC
31 Mar, 2022 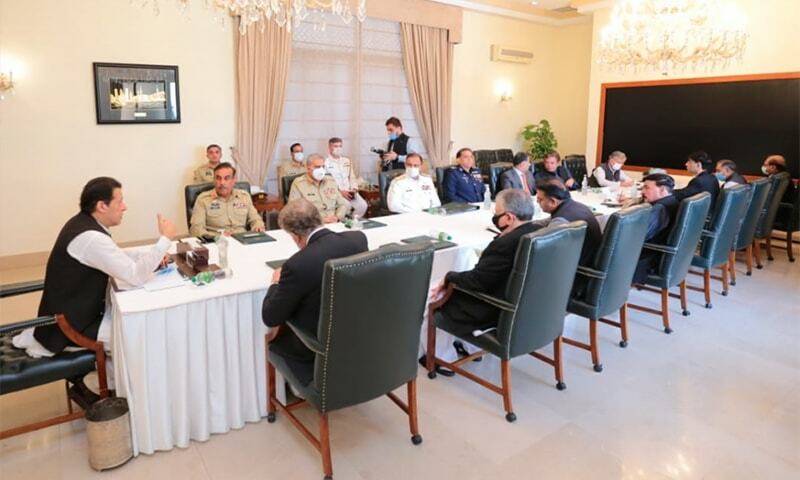 *ISLAMABAD: Pakistan has decided to take the matter of ‘threat letter’ diplomatically by giving a befitting response to the concerned country. *

Following the National Security Committee (NSC) meeting, Pakistan has decided to give a befitting response link to the ‘country’ for sending ‘threat letter’.

The declaration of the NSC meeting was released which was attended by federal ministers, the Chairman Joint Chiefs of Staff Committee (CJCSC) and Services Chiefs.

The committee expressed serious concerns over the threatening memo to Pakistan.

National Security Adviser (NSA) Moeed Yusuf briefed the participants on the foreign memo. It mentioned that a foreign senior official had met the Pakistani envoy to give a message which was forwarded to the Ministry of Foreign Affairs by the ambassador.

The declaration read that the foreign memo was a clear example of the country’s intervention in Pakistan which could not be accepted.

It added that Pakistan will give a befitting response to the concerned country’s envoy. The NSC approved the decision of the cabinet committee led by PM Imran Khan. Moreover, it was also decided to discuss the matter during an in-camera session of the parliament’s security committee.

Earlier in the day, Prime Minister Imran Khan chaired a meeting of the National Security Committee (NSC) today which was attended by top military and civil leadership.

The premier while heading the meeting apprised the participants regarding the contents of the memo having a foreign threat to topple his government.