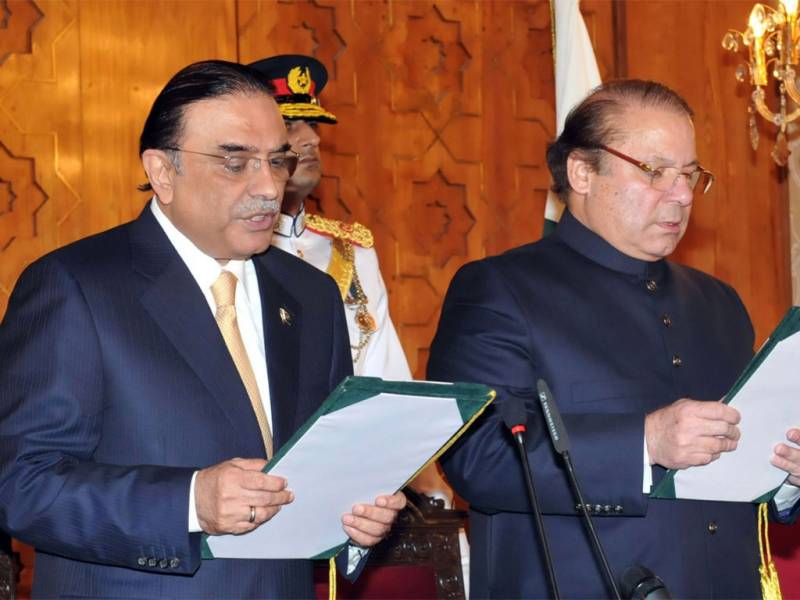 Addressing a public meeting in Ghotki on Saturday, the premier said that both of these leaders had stolen the nation’s money while in governance during the past 10 years. He said that now when they were being held accountable, they were complaining that democracy is at stake.

The premier added that in order to hide their looted money, a train march was launched. He contended that before Sharif and Zardari used to play the blame game that the other was corrupt and now they are joining hands to fight democracy.

“I challenge you [Sharif and Zardari] to do whatever you want. Join hands or whatever…. we will not spare you. This nation will not forgive you. You have one option…return the nation their looted money and we will spare you.”

Speaking about Sindh, the premier said that he will put his every effort and focus on the province. He added that poverty prevailed the most in Sindh in Pakistan.