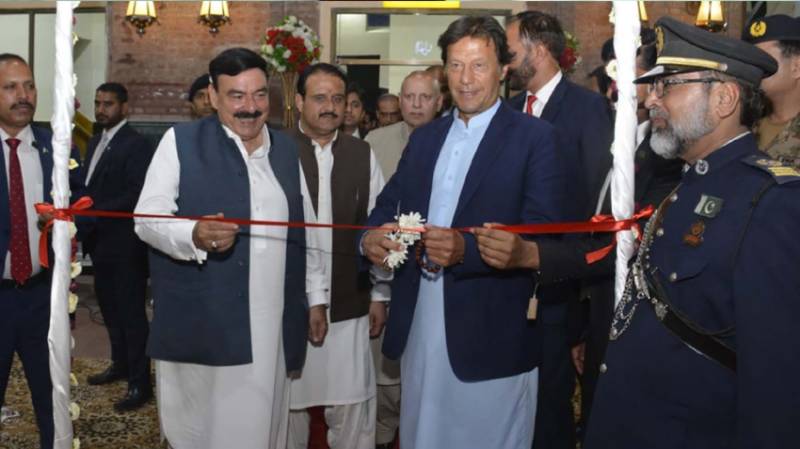 The non-stop luxurious train will ply between Lahore and Karachi, covering the distance in fifteen hours.

Addressing the inaugural ceremony, the Prime Minister said development of railways will lower pressure on roads and promote tourism besides providing affordable, comfortable and speedy traveling facility to the common people.

Imran Khan said he is going to China next month and will seek Chinese cooperation in upgradation of Main Line-I from Karachi to Peshawar and railway technology.

Imran Khan regretted that operationalization of the railway track in Pakistan has decreased by 2000 kilometers since the British era in the sub-continent.

Referring to the basic facility of health, the Prime Minister said the government has started Insaf Health Card scheme from the poor of the poor, which will be extended to other people.

He said every salaried person should have health insurance card to have free medical facility.

The Minister said Lahore Railways Station has been renovated at a cost of 25 million rupees.

He announced to launch Sir Syed train in a month.

Sheikh Rashid said a train will ply on upgraded ML-I at a speed of 160-220 kilometers per hour, reducing the Lahore-Rawalpindi travel distance to about two and a half hours.