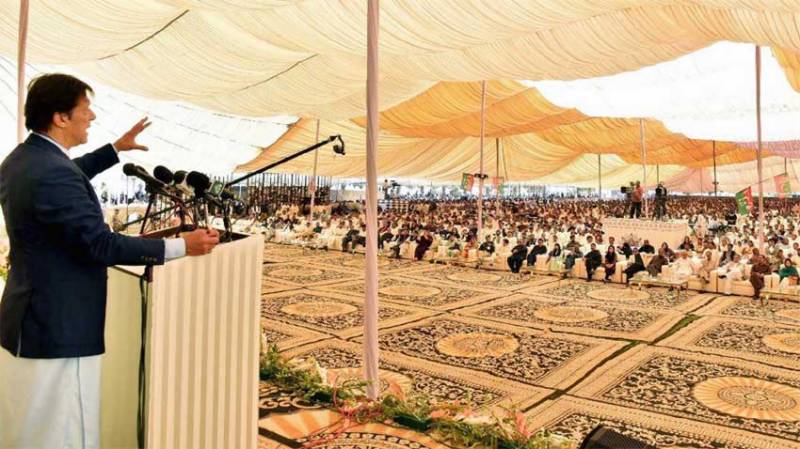 Prime Minister Imran Khan has reiterated his government’s resolve not to forgive the leadership of the Pakistan Muslim League-N and Pakistan Peoples Party unless they pay back the looted public money.

Addressing a public gathering in the industrial city of Sindh, Ghotki on Saturday, he challenged the opposition to do whatever they want to do but this nation will not pardon you.

Referring to the train march by the PPP Chairman Bilawal Bhutto, Prime Minister said the PTI had staged sit-in to demand fair election, not to conceal its corruption.

The prime minister said whenever the government launched accountability, the opposition started propaganda of threat to democracy.

It was not democracy but corruption under threat.

The prime minister said during last 10 years Sindh government got  234 billion rupees as gas royalty but the living condition of the people in Ghotki was yet unchanged which produced 70 percent of gas.

He said the money supposed to be spent on people, went to fake accounts.

Prime Minister said Pakistan once had been the fastest growing nation in Asia and even South Korea had adopted Pakistan’s development model but now it (Pakistan) was under record burden of debt.

The country had to pay 6 billion rupees a day as mark-up of the loans.

He said being home to Karachi, the country’s financial capital, most gas reserves and fertile land, Sindh should have been the most developed province.

Contrarily, the interior Sindh was the poorest area in Pakistan, just due to corruption.

The prime minister also committed to end the practice of using police to victimize the political opponents in Sindh.