Masood urges youth to remain clear about their objective of right to self-determination
31 Mar, 2019 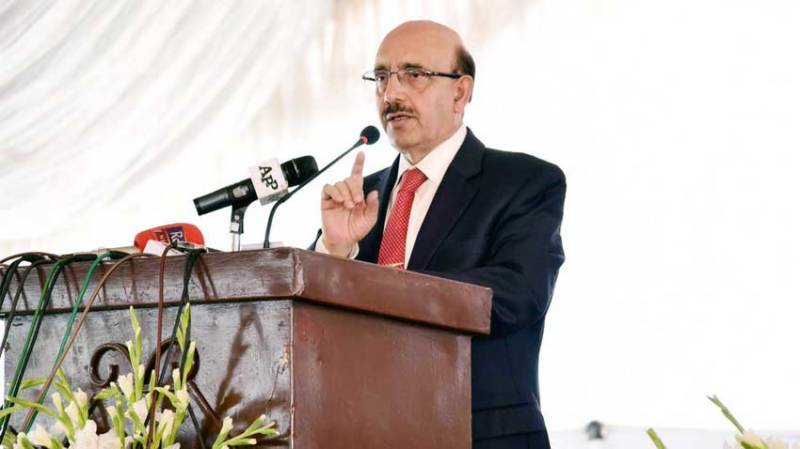 President Azad Jammu and Kashmir Sardar Masood Khan has urged Kashmiri youth to remain clear about their objective which is right to self-determination.

Addressing "All Azad Jammu and Kashmir Inter-Universities Speech Competition" at Jammu and Kashmir Cell in Islamabad today, he said Indian armed forces have been committing countless crimes against humanity in Occupied Kashmir since last seventy-one years.

The President said use of brutal force against unarmed civilians is shameful for India.

He said Indian fundamentalists after Pulwama attack have targeted and attacked Muslims living in India specially the Kashmiris.

He urged the international community to take notice of genocide being committed by India in occupied valley.

Commenting on recent stand-off between Pakistan and India, the President said Pakistan's response to Indian aggression was responsible and befitting.