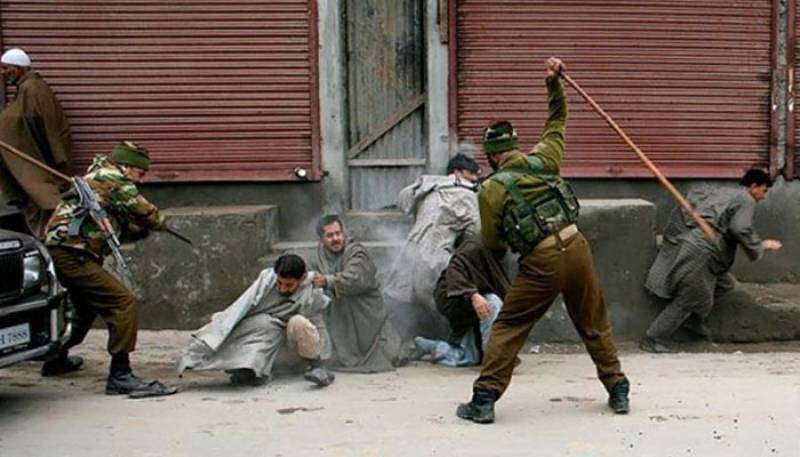 SRINAGAR - Indian troops in their continued acts of state terrorism have martyred twenty-six Kashmiris including one child during this month.

According to data released by Research Section of Kashmir Media Service today, of those martyred, a school principal was killed in police custody at infamous Cargo Camp in Srinagar.

During the period, 251 people were critically injured when the troops used brute force on civilian protesters in different areas of the territory.

The troops arrested 148 persons in house raids and crackdown operations and damaged 51 residential houses during the month.

Hurriyat leaders Maulana Abbas Ansari and Mir Shahid Saleem in their statements denounced arrest and harassment of Hurriyat leaders and activists at the hands of Indian forces.

Meanwhile, six people were killed and one was critically injured when a vehicle plunged into a deep gorge at Ujhan-Dhandkote in Darhal area of Rajouri district, today.