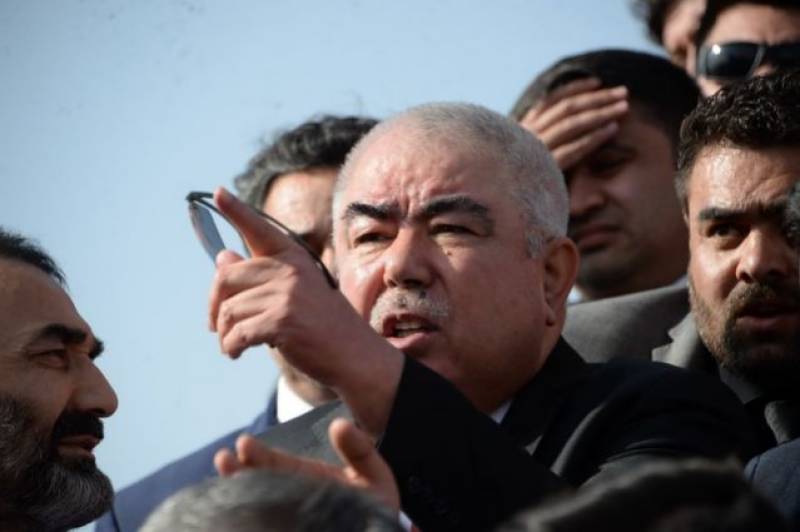 ISLAMABAD - Taliban fighters on Saturday attacked a convoy carrying Afghanistan's vice president Abdul Rashid Dostum, in an assault that left the former warlord unscathed but killed one of his bodyguards, an official told AFP.

The attack occurred in the northern province of Balkh, where Dostum had held a rally earlier in the day.

On Twitter, a Taliban spokesman said the insurgent group had carried out the attack and claimed four of Dostum's bodyguards had been killed.

Dostum, a powerful ethnic Uzbek leader, is notorious in Afghanistan for extreme barbarities and for repeatedly switching loyalties over 40 years of conflict.

Despite a catalogue of war crimes attached to his name and accusations of organising the rape and torture of a political rival, Dostum became Afghanistan's first vice president in 2014.

At the rally in Balkh, Dostum had claimed he could clear northern Afghanistan of the Taliban within six months -- if only the government would let him.

In delayed elections now slated for September, President Ashraf Ghani has chosen to run with Amrullah Saleh, an ethnic Tajik, instead of Dostum.

Dostum has survived several other attempts on his life, including one claimed by the Islamic State group last July in Kabul that killed 23 people including AFP driver Mohammad Akhtar. - APP/AFP