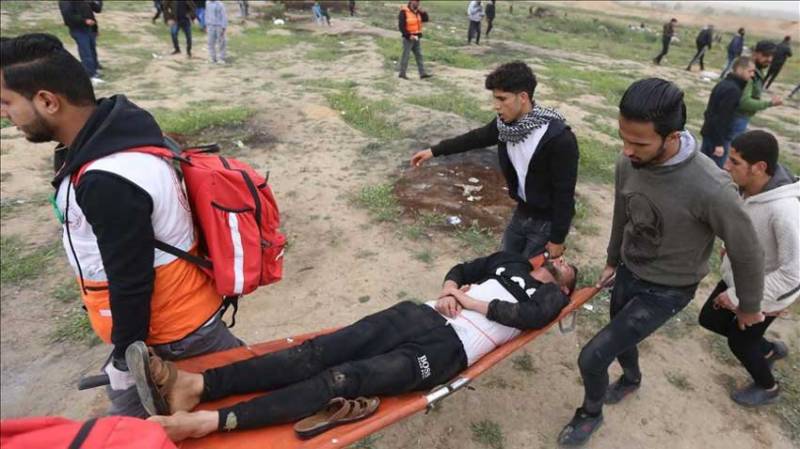 In Gaza, four Palestinians were martyred by Israeli fire, one during an overnight demonstration and three in clashes with them.

The Health Ministry said that another 316 Gazans were wounded.

Tens of thousands of Gazans gathered at the Israeli border last night to mark a year since protests and clashes erupted there.

Israel deployed several thousand troops along the border, with the anniversary coming at a sensitive time ahead of coming elections.