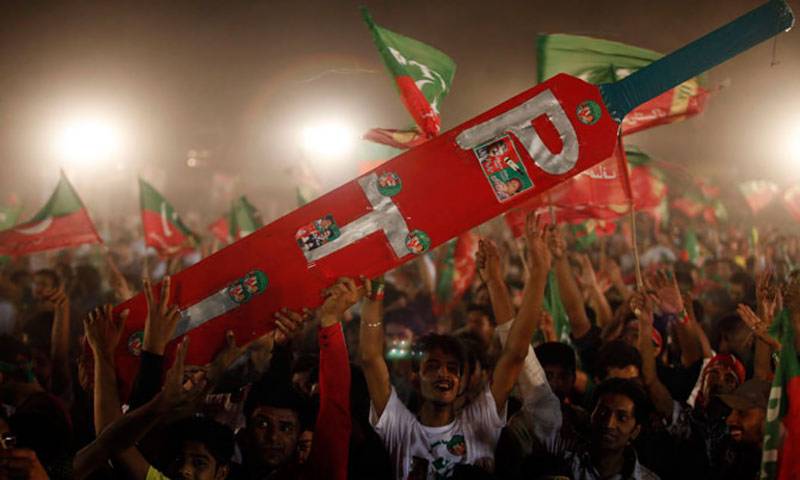 ISLAMABAD: (APP) The Election Commission of Pakistan (ECP) on Friday said that Pakistan Tehreek-e-Insaf (PTI) remained no more eligible to allot election symbol in the ensuing elections due to its failure in holding intra-party elections as per section 11 and 12 of the Political Parties Order (PPO) 2002.

"Now PTI is not eligible for allotment of election symbol in any next election as provided by section 14 of PPO 2002," ECP officials said.

They said that the ECP has withdrawn election symbol of "Bat" for PTI for upcoming bye-elections in Chakwal.

"Till holding of fresh intra-party elections PTI could not participate in any election with symbol of "Bat", they added.