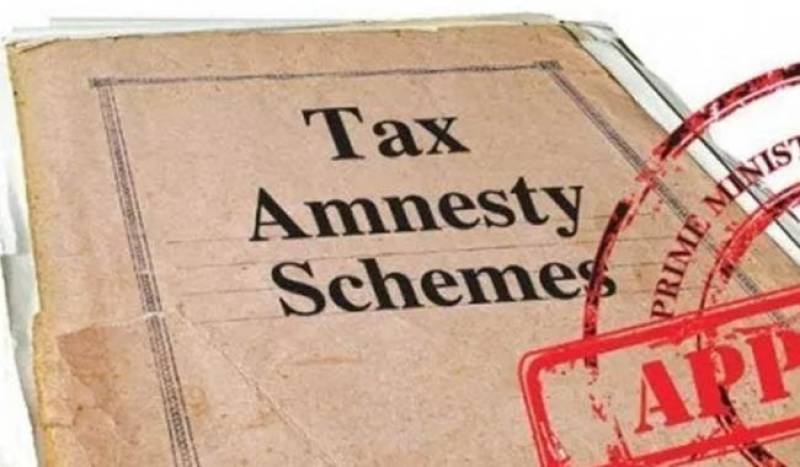 ISLAMABAD: The tax amnesty scheme launched in the last days of the outgoing PMLN government could not produce the desired results as expected by economic managers.

Tax Amnesty scheme has fetched Rs115 billion so far in the shape of collected taxes on declaration of foreign and domestic assets but mostly the domestic assets were declared and whitened by the taxpayers.

The FBR has estimated that the tax collection through this ongoing tax amnesty scheme might go close to Rs130 billion. The tax amnesty scheme will expire on Tuesday (today), and the FBR has extended warnings that stern action was on the cards against those potential evaders who would not come forward to avail this last golden chance. There was no extraordinary response after the July 25 elections, but it was a normal surge expected in the last few days ahead of expiry of this scheme.

“We did not notice any unprecedented surge in declaration of assets through this amnesty scheme,” said the official. They further said that they were expecting R15 billion to Rs20 billion tax collection on the last day of this scheme. However, they seemed determined to launch severe actions against evaders after the expiry of this scheme. The extension of one month granted in the tax amnesty scheme could not attract Pakistanis living abroad to avail themselves of this despite warnings by the FBR that the OECD information became available, and the tax authorities will be in position to launch a stern crackdown on evaders after the expiry of the tax amnesty scheme.

“We possessed good information and intended to move ahead with an iron hand against potential tax-evaders,” said one top official of the FBR while talking to The News here on Monday.

However, the FBR Chairperson Rukhsana Yasmeen has ruled out possibility for granting an extension in the tax amnesty scheme and asked all potential non-filers to avail this opportunity which is going to expire on Tuesday. The incoming government led by the PTI has already extended opposition to this amnesty scheme, so its chances of any extension are quite bleak.