CM Sindh appreciates Rangers but reluctant to give powers
31 Jul, 2016 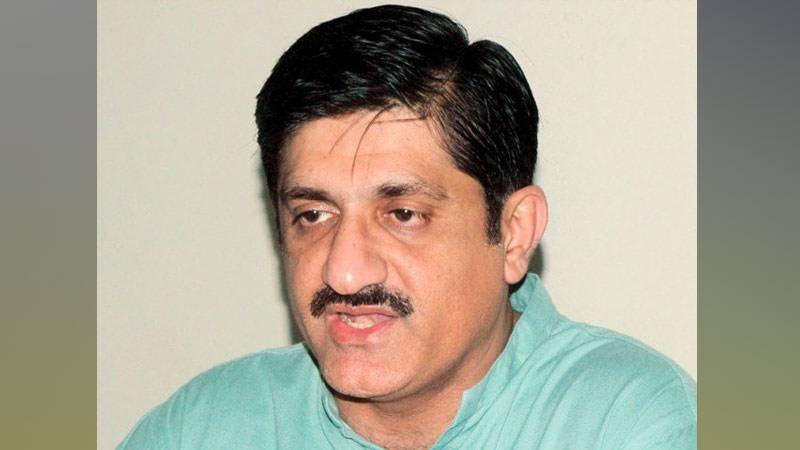 lauding the services and sacrifices of Rangers, has said that the issue of powers to the paramilitary force would be solved.

along with his cabinet members on Saturday, according to a handout issued here.

Replying to a question, the Chief Minister said that he has still not

seen the file of Rangers powers. "Let me see their file and I would take decision - they are working with us and for us," he added.

The Chief Minister condemned the attack on Rangers personnel in Larkana.

arrest culprits of Larkana incident. "I want to see the terrorists behind bars - police action must be very much visible," he added.

He said that over Rs.49 billion development budget has been released

by July 22 which is a record in the history of Sindh. "This shows that how much attention I am giving to development," he added.

floor of the house in his first speech just after taking vote of confidence for the slot of chief minister. The priorities are the same, best law and order, good education, and best health services.

Replying to another question, he said that the new cabinet would perform

well. "We all as a team would deliver, I assure the people of Sindh and also thank them for supporting PPP," he said.

Earlier, presiding over a meeting of secretaries and heads of government

was Rs200 billion. "I want you to be custodian of each and every penny allocated for development schemes and use them in the best interest of the people and province of Sindh," he said and added that he would personally focus on utilisation of funds in a transparent manner.

his residence and had a luncheon-meeting the former had hosted for him.

were also accompanied by him.