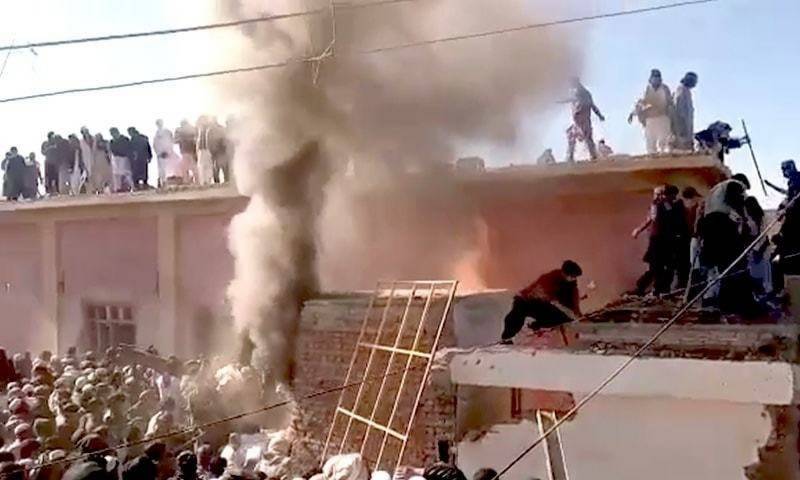 As per details, Pakistan Hindu Council Patron in Chief Dr Ramesh Kumar called on the chief justice at the Supreme Court’s Karachi registry and raised the issue of burning of temple of Hindu saint Shri Paramhans Ji Maharaj” by a mob in Karak.

The chief justice expressed concern over the tragic incident and said that he has already taken cognizance of the matter and has fixed it before a bench for hearing on January 5 (Tuesday).

Justice Gulzar issued directions to the commission on minorities rights, K-P chief secretary and IGP to visit the site of the shrine and submit a report on Monday (January 4).

On December 30, a historic Hindu temple was set ablaze in Karak district. The Krishna Dwara temple is situated in Teri union council. It came under attack by hundreds of miscreants who set fire to the building.

The miscreants surrounded and vandalised the temple for hours but the police were missing from the scene.

Advocate Rohit Kumar, a representative of the Hindu community, said the residents violated the agreement by vandalising the temple.

But Muslim residents of the area claimed that the Hindu community was illegally expanding the temple building. They said the matter was reported to the police too.