Pakistan emerges as one of the top tourism destinations of the World for 2019: International media reports
31 Dec, 2018 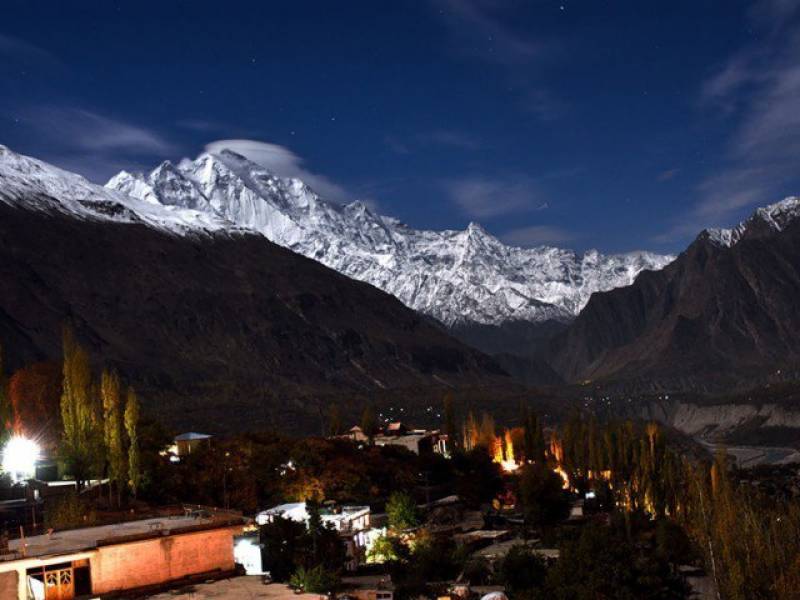 ISLAMABAD: Consequent to the government’s push for tourism industry and revival of peace, Pakistan’s profile is going up fast with various tourism, media organisations, and travelers now figuring it among the world’s top tourist destinations.

Be it Forbes, the global media company, British Backpacker Society, solo travelers or bloggers, all are in unanimity to believe Pakistan is fast becoming a tourism hub with its changing geo-strategic situation, improvement of internal as well as regional peace and more importantly the liberalisation of tourists’ visa policy.

The boom of economic activity, particularly under the China-Pakistan Economic Corridor (CPEC) and consequent enhancement of world’s interest in the country for investment, has also cast encouraging impact on erstwhile dwindling tourism industry of the country.

In its recently published ranking, Forbes has enlisted Pakistan among “The 10 Coolest Places to Go in 2019′ along with Bhutan, Columbia, Mexico, Ethiopia, Madagascar, Mongolia, Rwanda, The Turkish Rivera and Portugal.

“Explore the valleys of Hunza, Shigar and Khaplu via the renowned Karakoram Highway,” suggests Sara Barbieri, a specialist with GeoEx. “This little-visited region in the far northeast of the country offers the kind of startlingly striking scenery that compels you to gaze from the window of your 4WD without blinking, for fear of missing a moment of the majesty of the landscape.”

The article further appreciates the hospitality of the locals, the glacial blue of Attabad Lake, the centuries of history, the juxtaposition of granite to greenery, the chance to walk through an age-old apricot orchard along water channels cut by hand, and the blazing snow-covered glory.

Similarly, the British Backpacker Society has described Pakistan as “one of the friendliest countries on earth, with mountain scenery that is beyond anyone’s wildest imagination”.

“It is beautiful, exciting and culturally interesting, and travellers are rewarded at the journey’s end-point with perhaps the most beautiful natural sight on earth, the Hunza Valley,” the society said on its social media page.

Among other factors attracting the tourists, the hospitable nature of Pakistan’s society, mouthwatering food, architectural, cultural and archeological allures, are also feature.

A US-born travel blogger Alex Reynolds who repeatedly visited Pakistan while sharing her redefined notions following her visit to Pakistan said, “People invited me to stay in their homes and slept on the floor so I could sleep in their bed. Hosts arranged everything from day trips to rides from city to city, and took days off from work to show me around.”

According to Pakistan Tourism Development Corporation, around 1.7 million foreigners visited Pakistan in 2017 showing a remarkable increase in the ratio of tourists’ influx while domestic travellers jumped by 30 per cent.

As a major step forward to promote tourism, Pakistan had also announced visa-on-arrival option to group tourists from 24 countries, including China, Finland, Austria, Belgium, Denmark, France, Greece, the United Kingdom, the United States and others.

In her diary, a French tourist Johanna said, “I really wish everyone has a chance to visit Pakistan. When I was doing my research before coming, all I came across was news about bombings and kidnappings but I knew this was not an accurate picture … I haven’t come across such generosity anywhere else in the world … I encourage you to go and discover Pakistan. I guarantee that you won’t be disappointed by the experience.”

Based on the improving ranking and observations by various organisations and travellers, it looks as if Pakistan has a changed and confident time ahead when it comes to the tourism industry.