Who is establishing Daesh in Afghanistan, reveals Balkh governor
31 Dec, 2017 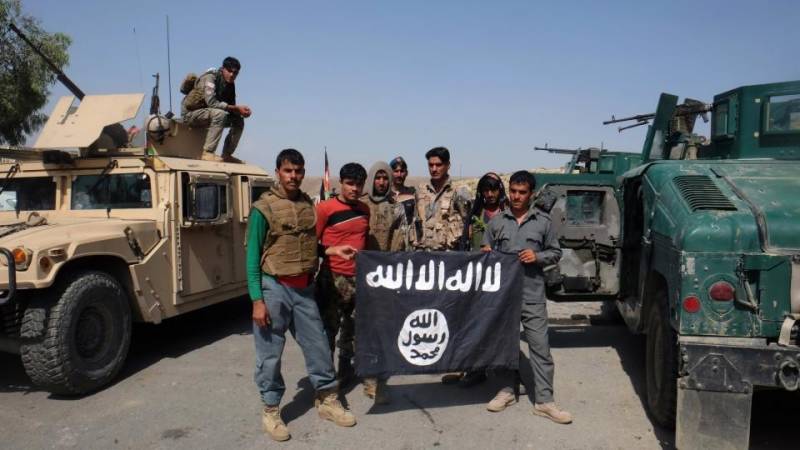 He said that until government meets his demands he will not step down as governor.

"Until Jamiat party with the collusion of its allies reach an agreement I am governor and if an agreement is not reached I will remain as governor of Balkh till the end of the National Unity Government (NUG),” Noor said at the provincial council meeting.

Noor said that he has transferred all authority to his deputy in order to ensure work carries on as usual.

“Carry on with your duties calmly. I have transferred all authority to the deputy in order to prevent stoppages in the tasks and I will come every day to the government building,” Noor said.

During the meeting he said that some circles are trying to get rid of him so as to destabilize the north and let Daesh in.

“They want to bring Daesh here, I will never allow Daesh to come here, I suppressed Daesh and I will continue to suppress them,” Noor said.

“How can I accept that Daesh militants come and marry off Balkh’s daughters to their militants and use our people as their slaves,” Noor added.

He also thanked all government officials who had stood by him over the past week.

“Many government officials were not afraid of losing their jobs and announced their support, I thank all of them those who supported me,” Noor said.

The remarks come after the Presidential Palace in a statement last Monday said President Ashraf Ghani had approved the resignation of Balkh governor Atta Mohammad Noor.

However the letter of resignation dates back months and Noor has rejected its validity.

Noor has been governor of Balkh for about fifteen years.

Noor is also CEO of the Jamiat-e-Islami party and the party and has a significant share in the power.