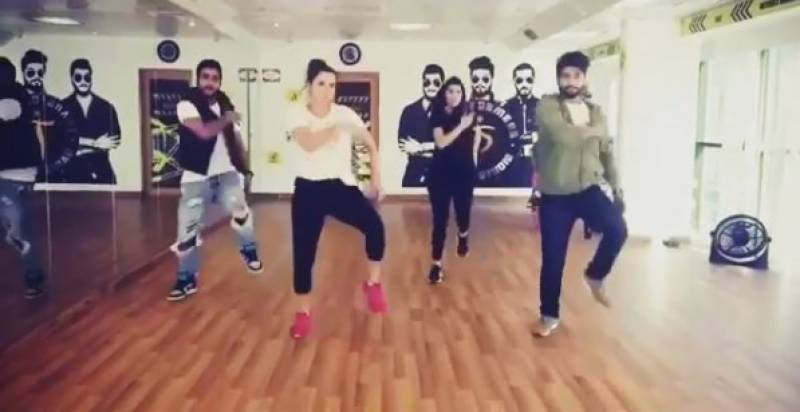 NEW DELHI - Indian tennis sensation Sania Mirza is making the most of her time away from tennis. Sania, who is recovering from a knee injury, and will therefore miss next month’s Australian Open, is busy learning Zumba dance these days.

And it seems that after tennis, the 31-year old has been able to master dance too in a very short span of time. On Saturday, Sania shared a video of her dancing on popular Bollywood number ‘Swag Se Swagat’ from Salman Khan and Katrina Kaif starrer Tiger Zinda Hai on her Instagram account. The video has become a hit on social media since then with Sania’s moves earning appreciation from internet users.

Sania had to pull out of Australian Open 2018 after she was diagnosed with a condition called jumper’s knee in her right leg. It refers to a painful condition caused by inflammation or small tears in the tendon of the patella.

“Basically I have something that’s called a jumper’s knee. I am okay to walk, but it’s painful to change directions and play,” Mirza had told Tennis.com earlier.

In past, tennis great Roger Federer also suffered from the same injury, but he managed to make a successful comeback. Sania hopes to do the same.

“The doctors told me to take a couple of months off, then see how it feels before getting into a process of either surgery or injections or whatever. I can’t tell you a definitive when but it won’t be before the next couple of months at least. Hopefully, I’ll be healthy again. Roger Federer went out for six months and has done exceedingly well...Hopefully, I will too,” Sania said.

For now, though, she can take solace in her newfound passion for dance.