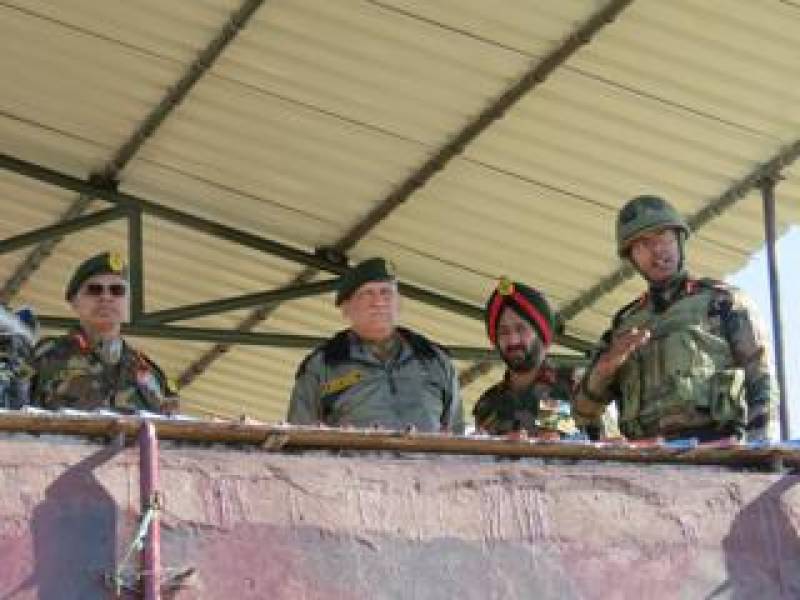 NEW DELHI - Indian Army chief general Bipin Rawat reviewed the security preparedness of forces along the border in Nagrota and Rajouri sectors of occupied Jammu and Kashmir on Saturday, Hindustan Times has reported.

The spokesman said the army chief also went to forward posts along the LoC where he was briefed on the actions being undertaken to ensure a robust counter-infiltration grid.

He also interacted with the soldiers deployed on the forward posts and exhorted them to continue to remain vigilant and ‘ever ready’.

Rawat’s visit comes a week an Indian patrol team on the LoC in Keri sector on December 23 was killed in counter fire from Pakistan side in which an officer and three soldiers of 2 Sikh Regiment lost their lives.