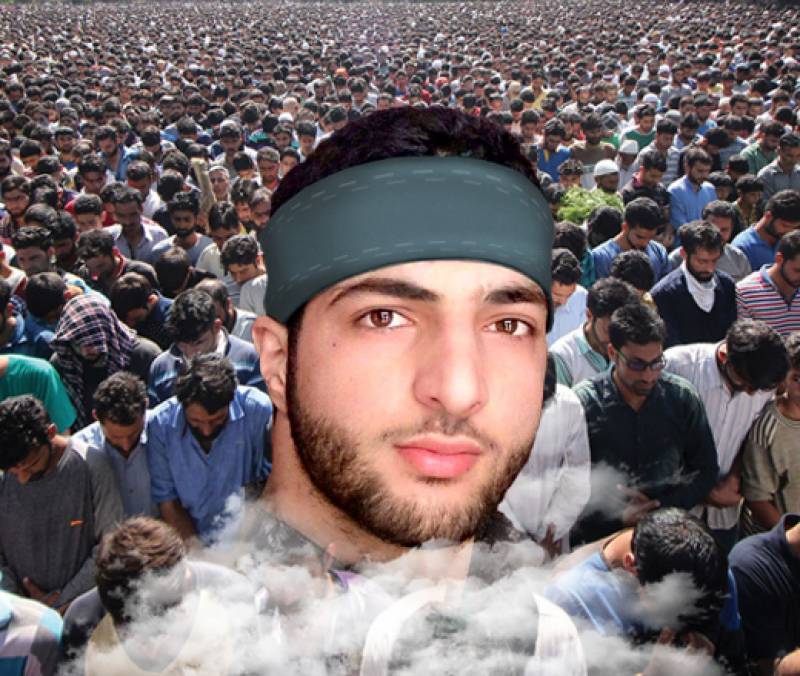 SRINAGAR - As a young Kashmir-based advocate A.S. Majid (name changed) takes up the Facebook-linked quiz ‘Which rebel best suits your personality?’, the web-based reply sets off a long thread of debate. The reply has likened him with the deceased Hizbul Mujahideen commander Burhan Wani, whose killing in 2016 set off a cycle of violence, The Hindu has reported.

The Facebook-linked quiz has held netizens, especially the young population in the Valley, in a sway as scores of profiles pop up on searching the quiz.

“When I took up the quiz, I was not sure about the reply. I thought it will throw up some comic character while relating to my personality. Instead, I found Wani. I was pleasantly surprised. Slain Wani did impact our lives in many ways,” said Mr. Majid, adding, “Many of my friends too took up the quiz. But not many were ‘Burhan Wani’.”

The name of Zakir Musa of the Ansar Ghazwat-ul-Hind, a group that is believed to have links with the al-Qaeda, also comes up as an option. The faces of all these commanders have been popular online.

The quiz, created by an unknown person whose profile is named Devil’x Dadd, was curated on Facebook, with youngsters hooking up to know the results. A website, testony.com, allows netizens to create their own quiz and supports the search system that throws up the results locally.

“This year has been a tough year during which militancy was not only fought on the ground but off-ground too, that is, on online social media. From customised phone applications to producing online films to roping in youth into militancy, social media and the Internet have turned into a potent weapon to galvanise support for militancy in Kashmir,” explained a counter-insurgency police official.

The official revealed that over 2,000 Twitter handles that champion “the Kashmir issue” are operated from overseas locations. “Such a quiz is easy to set up overseas without attracting action. It is worrying,” said the police official.

Kashmir’s leading psychiatrist Dr. Arshad Hussian, a professor at the Government Medical College, Srinagar, explains the phenomena thus: “Teens tend to look for heroes in every society. Before militancy in Kashmir, comic heroes like Robin Hood or Chacha Chaudhary were popular among youngsters. Heroes emerge from a socio-political context. Kashmir being a conflict zone with militant figures dominating the daily narrative, teens are pulled towards their persona. Most of those who took up the quiz may not become militants, but it shows who are the fast-emerging heroes.”

Ruling People’s Democratic Party youth wing leader Waheed-ur-Rehman Parra is aware of the challenge before the government, especially given that youth constitute 69% of the total population in Jammu and Kashmir.

‘A sense of defeat’

Mr. Parra said the government in J&K was reaching out to the youth from the village level onward. “We are trying to listen to the youth to create a participatory process,” he said.