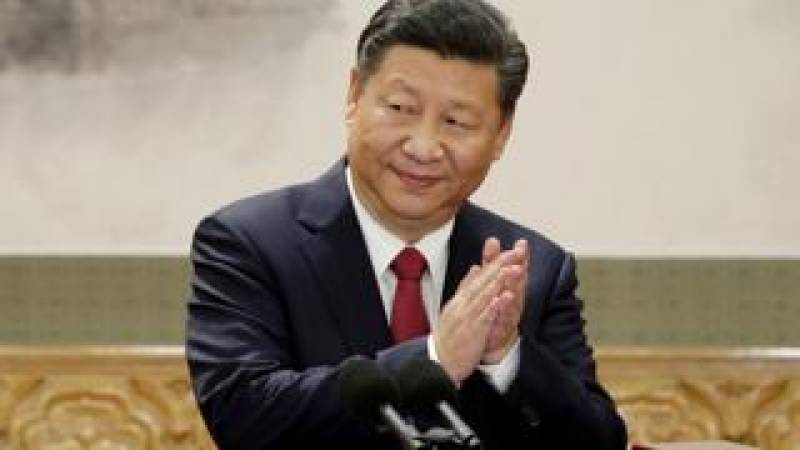 BEIJING - China will have a “say” on all major international issues and actively push its Belt and Road initiative, Chinese President Xi Jinping said in his New Year message on Sunday.

Xi said China will resolutely uphold the authority and status of the UN, actively fulfil China’s international obligations and duties.

He also said that China will remain firmly committed to the pledges to tackle climate change, actively push for the BRI and always be a builder of world peace, contributor of global development and keeper of international order.

“As a responsible major country, China has something to say,” Xi said in his first New Year address of his second-five year term, telecast live all over the country.

The BRI through which China seeks to build its influence in the world through a host road, rail and port connectivity projects also incorporates China Pakistan Economic Corridor (CPEC).

India has objected to the CPEC as it traverses through Pakistan-occupied Kashmir. China defends it saying that it is a connectivity project and it will not impact its stand on the Kashmir issue.

Xi said the Chinese people are ready to chart out a more prosperous, peaceful future for humanity, with people from other countries.

On domestic front, Xi, in a surprise admission, said there were areas where the government’s work fell short of expectations.

Though progress has been made, he said, issues of public concern remain, state-run Xinhua news agency reported.

“That is why we should strengthen our sense of responsibility and do a good job of ensuring the people’s well-being,” Xi said.

“The well-being of our people is the Party and the government’s greatest political achievement. Our cadres should put the people’s state of living at the heart, and help them live a better life,” he said.

He vowed to eradicate poverty. China claims it has eradicated poverty among over 650 million people in the last three decades.

By 2020, all rural residents living below the current poverty line would be lifted out of poverty, Xi said, adding that it will be the first time in China’s history that extreme poverty will be completely eliminated.