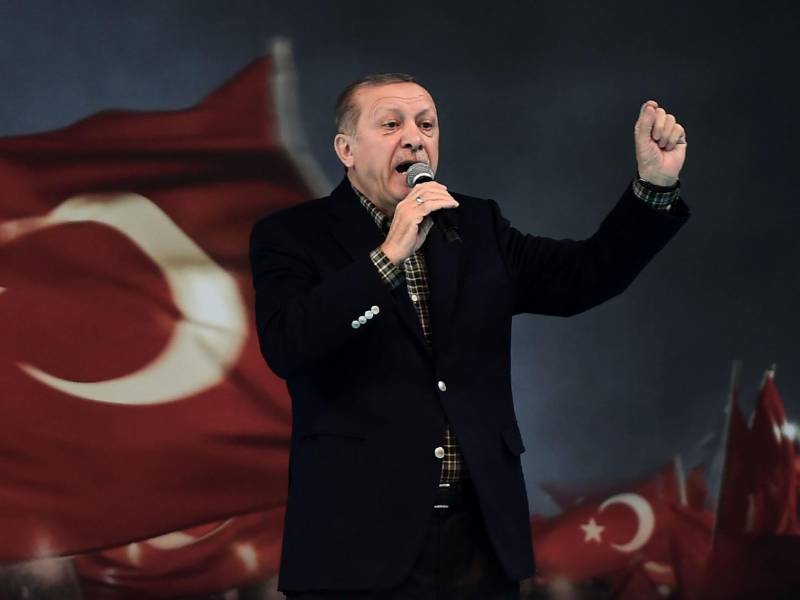 Ankara fiercely opposed the referendum and has threatened sanctions against the region, reflecting its worries about its own sizeable Kurdish minority.

In a televised speech, Erdogan said Turkey had been saddened to see some Iraqi Kurds acclaiming the referendum outcome with Israeli flags.

"This shows one thing, that this administration (in northern Iraq) has a history with Mossad, they are hand-in-hand together," Erdogan said in Erzurum, in eastern Turkey.

Iran and Iraq´s central government in Baghdad have also have expressed alarm over the referendum and have refused to recognise its validity.

Israel has been the only country to openly support an independent Kurdish state, with Prime Minister Benjamin Netanyahu backing "the legitimate efforts of the Kurdish people to attain a state of its own."

Erdogan has derided the Israeli support.

"Are you aware of what you are doing?" Erdogan said in an appeal to Iraqi Kurdish leaders. "Only Israel supports you."

Ankara has threatened a series of measures to punish Iraqi Kurds, including shutting the land border between Turkey and the region and halting the transit of oil from Iraqi Kurdistan to the southern Turkish port of Ceyhan, an economic lifeline.

On Friday, the Turkish carriers Turkish Airlines, Atlas and Pegasus suspended their flights to Iraqi Kurdistan for an unspecified period of time.

Erdogan on Saturday vowed that Iraqi Kurdistan "will pay a price" for the "unacceptable" referendum, without elaborating.

"An independent state is not being founded in northern Iraq, but on the contrary a continuously bleeding wound is being opened," he said.

"To ignore this reality benefits neither us, nor our Kurdish brothers in Iraq," he said, calling on Iraqi Kurds to "wake up from this dream" of independence.

Prime Minister Binali Yildirim said Turkey was working with Iraq and Iran in order to "thwart the games being played in the region."

Yildirim had previously announced plans to hold a summit with Iranian and Iraqi leaders to coordinate how to respond to last Monday´s referendum.

Erdogan is due to visit Tehran on Wednesday.

Ankara had previously refused to engage in official contacts with Iraqi Kurds, fearing any action that could encourage the creation of an independent Kurdish state could embolden its own Kurds.

But as Turkey´s economy has boomed, Erdogan has moved to forge trade ties with Iraq´s Kurdistan region, helping to make Iraq the second-largest market for Turkish exports last year, after Germany.

Business sources quoted in Turkish media have warned that the closure of the Habur border gate could affect $7 billion (5.9 billion euros) of trade