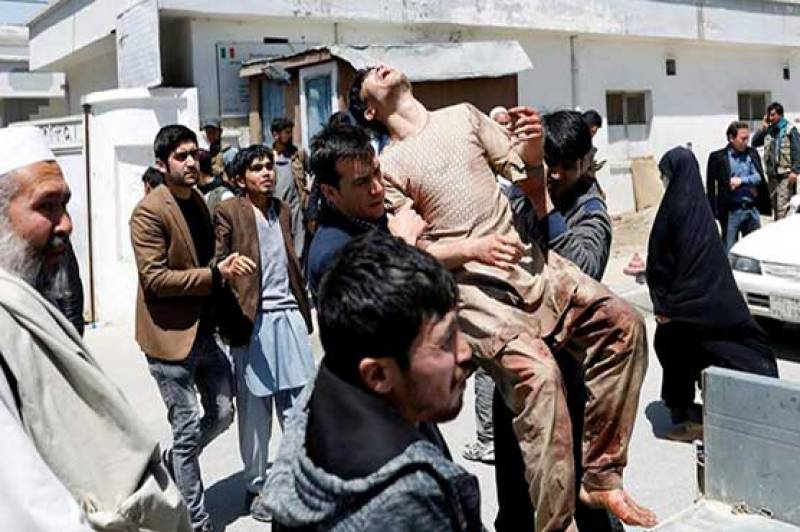 KABUL - A suicide attacker on foot blew up near a vehicle as it entered the head office of Afghanistan’s Independent Election Commission (IEC) on Monday, wounding at least six people, officials said.

There was no immediate claim of responsibility for the attack, which comes as thousands of ballot boxes from around the war-torn country are delivered to the IEC’s heavily fortified compound in the Afghan capital following chaotic and violent legislative elections.

Four IEC workers and two police officers were wounded when the militant blew up near a vehicle entering the base at 8:00 am (0330 GMT).

The attacker was "identified and gunned down by police before reaching his target", Kabul police spokesman Basir Mujahid told reporters.

"The wounded were taken to hospital and are in a stable condition."

Millions of Afghans risked their lives to vote in the long-delayed elections that were held over two weekends.

The ballot, which the Taliban had vowed to attack, was marred by lengthy delays at polling centres, allegations of fraud, and deadly violence, with hundreds killed or wounded in scores of attacks.

IEC figures suggest around half of the nearly nine million people registered to vote actually cast a ballot.

Many suspect a significant number of those on the voter roll were based on fake identification documents that fraudsters planned to use to stuff ballot boxes.

The parliamentary election, which was more than three years late and the third since the fall of the Taliban in 2001, is seen as a dry run for next year’s presidential vote.

It is also considered an important milestone ahead of a UN meeting in Geneva next month where Afghanistan is under pressure to show progress on "democratic processes". - APP/AFP