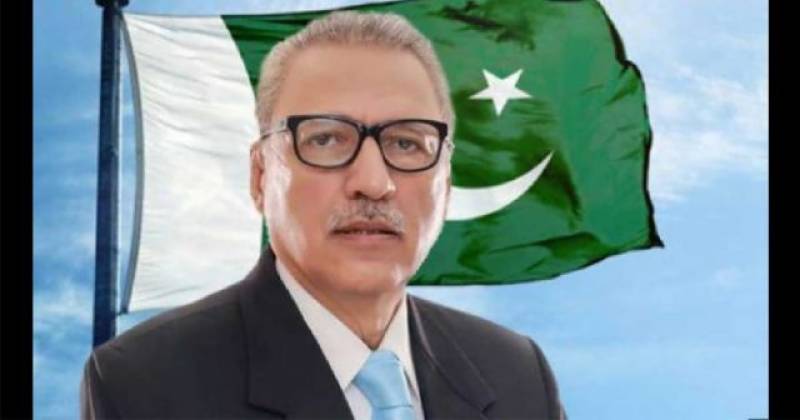 ISLAMABAD: President Dr. Arif Alvi has expressed his conviction about the bright future of the country by saying that there might be some economic difficulties over the next few months, but after that Pakistan would change.

“Pakistan has a brilliant and bright future. There is a need to promote tourism coupled with improvement in health and education sectors. With few months of difficulties, Pakistan will change and is about to change,” he said in an interview with a private news channel on Monday night.

The president also appreciated the PTI government’s last two months' performance and said due to its tireless efforts, a breathing space for the debt-trapped country had been created.

About Saudi package, Dr Alvi said the Saudi government’s package of US $ 3 billion as deposits and the $ 3 billion per year facility of oil supply on deferred payments for three years would help address the balance of payment crises and it was a great achievement of Imran Khan led government.

Similar packages could be expected from China and some Gulf countries, although the IMF option was also available, he added.

The president said under the Constitution his office was of non-partisan nature, and as a symbol of federation, he would ensure that all political parties should be treated equally.

To a question, he said the Constitution also barred a president from performing any commercial activity.

The president informed that he had resigned from party’s offices after taking oath of the office. He, however, maintained that he still shared the thinking of PTI regarding efforts to change Pakistan.

The president said there should be a difference between protocol and security provided to a president, adding he was against the protocol which would cause problems for the general public.

He also dismissed reports about his costly breakfast during his recent visit to Gilgit-Baltistan and showed receipts about his lodging and other expenditures. He said he paid all the expenses of his stay from his own resources.

The president, to another query, noted that the country was gifted with immense tourism potential. The people of Gilgit Baltistan had informed him that thousands of visitors toured the scenic areas during last year.

He also stressed upon reforming the Inheritance laws for females and said efforts were being made for legislation over the issue.

To a question, the president said there was a need to promote tele-information technology, adding, besides strengthening IT education and modernizing health sector, it would help augment the country’s software exports from the current $ one billion to $ 3 billion per annum.

About NAB law and the accountability process particularly the detention of accused for a maximum of 90 days, he said, there could be a judicial oversight to address this issue.

To another question, the president said all international agreements, except those with state secrecy, should come before the parliament.

About his ancestral history, the president said his parents migrated from Lukhnow. He said his father, who was also a dentist, had been a close friend of Jawaharlal Nehru and the latter had to seek appointment from his father.

The president said he possessed letters written by Nehru to his father.