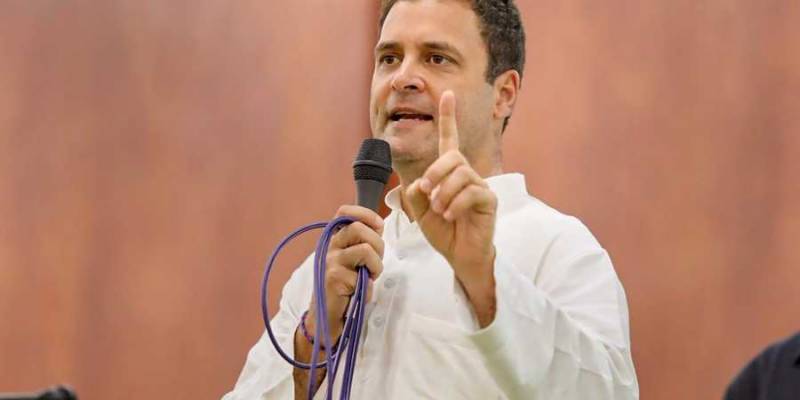 Addressing a public meeting in Ujjan, Madhya Pradesh, Rahul Gandhi said, Jammu and Kashmir is on fire right now, apparently referring to the latest spate of killings in the territory.

He criticized the Indian government’s policies in occupied Kashmir saying that as a result of Modi’s approach on Kashmir, more and more youth are joining armed struggle.