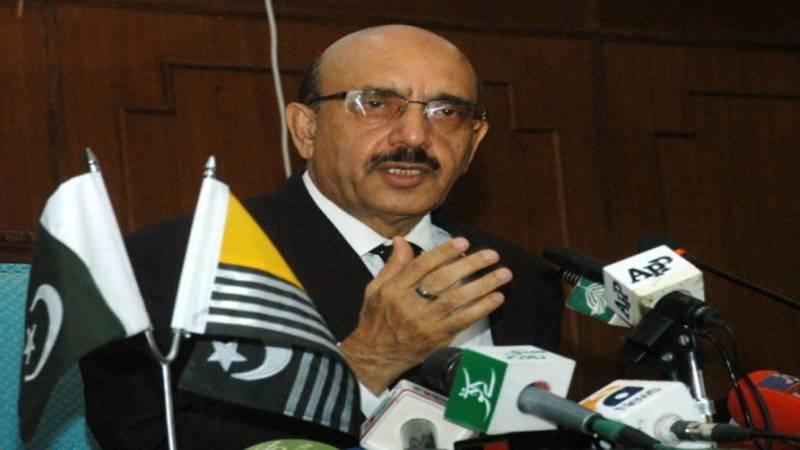 President Azad Jammu and Kashmir Sardar Masood Khan has said that the International community's pressure, especially the British Parliamentarians' is mounting on India for the resolution of long standing Kashmir dispute and ending gross violations of human rights in Indian occupied Kashmir.

Addressing a large number of British-Pakistanis and Kashmiris at a reception at Pakistan High Commission in London,he said due to the unprecedented sacrifices of the valiant people of Indian Occupied Kashmir, the international community is building pressure on India to bring an end to state terrorism against innocent people of Kashmir struggling for their 'right to self determination'.

The event was attended among others by Deputy High Commissioner of Pakistan to United Kingdom Muhammad Ayub, Lords, Councillors, Mayors ,diplomats and journalists.

Sardar Masood Khan thanked the All Parties Parliamentary Group of UK Parliament on Kashmir led by Chris Leslie MP, for raising the voice for the suppressed people of Indian occupied Kashmir in the British Parliament.

He called upon the international community and peace loving nations including the United Kingdom to mount more moral, political and diplomatic pressure on India to stop it violation of human rights and genocide of people in Occupied Kashmir forthwith and allow people of Kashmir to decide their future destiny though holding a UN sponsored plebiscite..