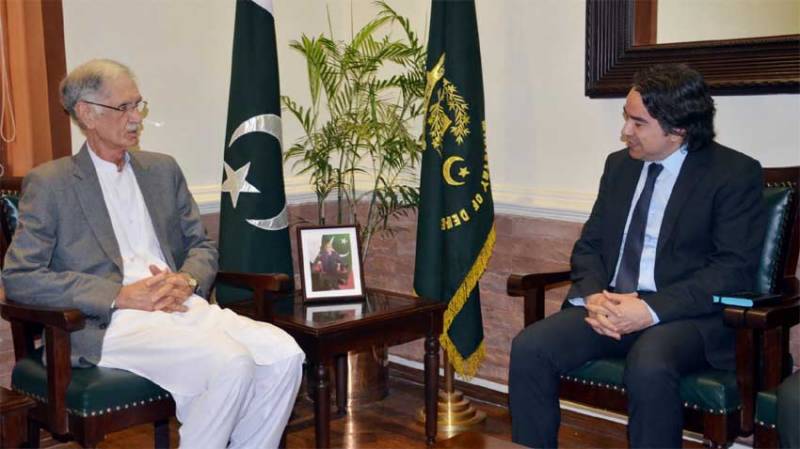 Talking to Turkish Ambassador Ihsan Mustafa Yrudakul in Rawalpindi on Monday, he said this relationship is based on common faith, values, culture, history and mutual trust.

The Minister appreciated the economic development and prosperity of Turkey under the visionary leadership of President Recep Tayyip Erdogan.

Pervez Khattak also acknowledged Turkey’s strong support for Pakistan at all international fora and its steadfast support on Kashmir issue.

Speaking on the occasion, the Turkish Ambassador too expressed similar thoughts for further promoting ties between both brotherly countries in all domains of mutual interest, particularly in defence arena.