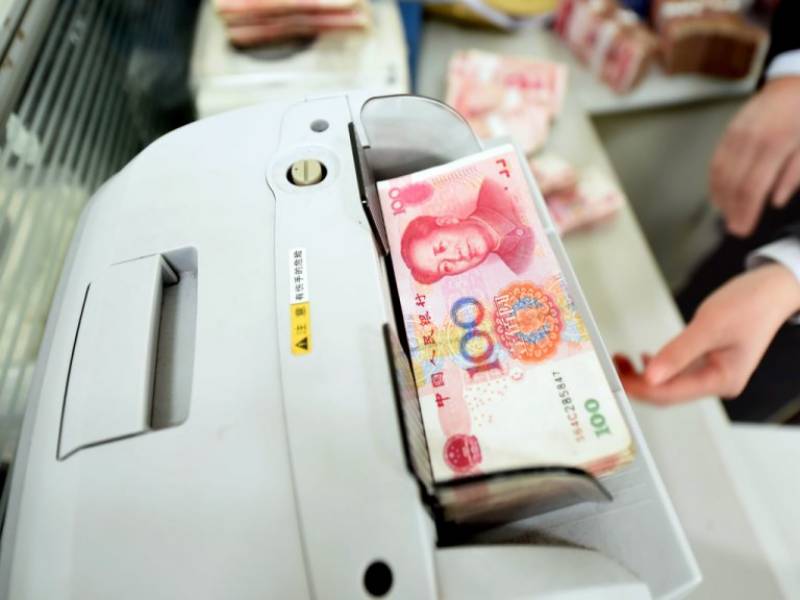 SHANGHAI - The Chinese yuan weakened to a decade low on Tuesday on concerns over China’s slowing economy and the US trade war, but Beijing was expected to prevent it breaking the psychologically important 7 yuan per dollar barrier.

The yuan drifted past 6.96 to the dollar, hitting its weakest levels since May 2008.

Breaking 7 could further undermine market confidence and potentially trigger fresh US accusations that China was allowing the yuan to weaken to blunt the impact of tariffs that Washington has imposed on Chinese goods.

A weaker yuan makes Chinese exports less expensive overseas, ameliorating some of the higher costs brought by the tariffs.

China restricts the yuan’s daily trading band, and a front-page commentary on Tuesday in the state-run Economy Information Daily said authorities were unlikely to let it hit 7 to the dollar.

“China’s balance of payments situation won’t change in the short term. Current monetary officials have the strength and determination to stabilise the market. There also are enough policy tools to deal with changes in the situation,” it said.

Washington has imposed tariffs on billions of dollars worth of Chinese goods as President Donald Trump tries to pressure Beijing to change trade policies that he says are unfair to US companies.

“Chinese officials have already indicated they don’t want the yuan to break through 7 this year. The yuan may fall very close to 7 but maybe not beyond that,” he said.

Washington recently declined to officially label China a currency manipulator — a designation that would have further escalated the trade fight — but expressed concern over the yuan’s weakness and Beijing’s foreign exchange policies.