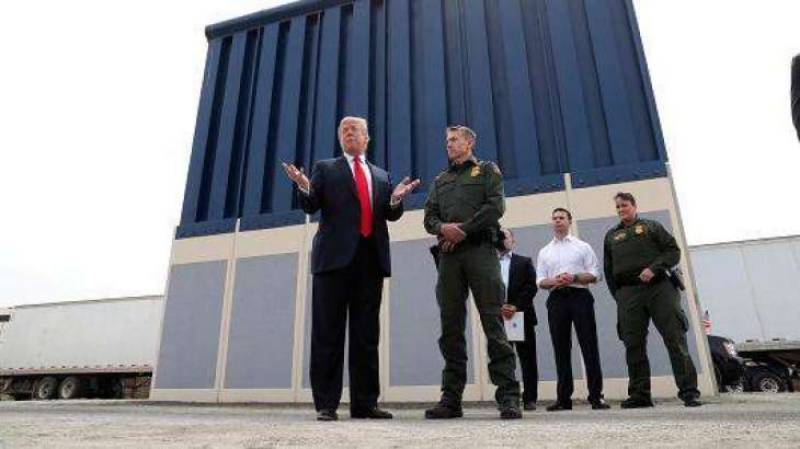 Washington:US President Donald Trump talked with his defense secretary on Thursday to discuss how the military budget might fund the construction of a wall on the Mexican frontier.

Throughout his campaign and the first year of his presidency Trump insisted the vast project would somehow be paid for by Mexico -- and idea firmly rejected by the government there.

But Trump has had no success in trying to get $25 billion in funding for the wall from Congress, so he has turned to the Pentagon in the hope of poaching funds from the defense budget.

"Because of the $700 & $716 Billion Dollars gotten to rebuild our Military, many jobs are created and our Military is again rich," he tweeted on Saturday.

"Building a great Border Wall, with drugs (poison) and enemy combatants pouring into our Country, is all about National Defense. Build WALL through M!"

On Thursday, Department of Defense spokeswoman Dana White said Secretary Jim Mattis had discussed the idea with Trump, but offered no details on what might come of it.