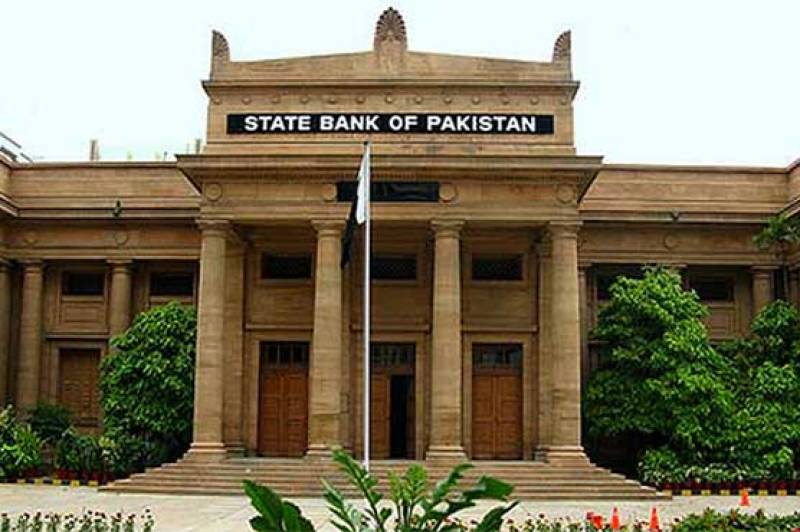 KARACHI - The State Bank of Pakistan has announced the monetary policy for the next two months.

SBP has kept the benchmark interest at 6 percent as the central bank expect the inflation to remain under the limits of government assessment.

The latest information since MPC’s meeting in January 2018 reveals that the prospects of achieving an eleven-year high growth rate remains strong with average headline inflation within comfortable bounds for FY18 and FY19. This high growth and low inflation outcome has been accompanied by a higher current account deficit. Alongwith a high fiscal deficit, this could affect medium-term stability of the economy.

However, recent adjustments stemming from greater exchange rate flexibility, active monetary management as well as visible improvements in exports and remittances are expected to bear fruit for medium-term in terms of sustaining the growth momentum without posing a risk to stability.

The latter lowered core inflation- i.e. non-food-non-energy inflation, from 5.5 percent (YoY) in December FY18 to 5.2 percent during January and February FY18. This lowering of core inflation is corroborated by successive iterations (including March FY18) of the IBA-SBP consumer confidence surveys, which depict relatively well-anchored inflation expectations.

Going forward, a sticky core inflation along with a moderate outlook of food prices amid abundant grain stocks and the recent increase in policy rate are expected to contain average inflation well below the FY18 target of 6.0 percent and close to it for FY19.

This assessment takes into account the lagged impact of exchange rate flexibility and its second round effects (specifically through adjustments in fuel prices), demand pressures, and volatile global oil prices.

The real sector is progressing well and growth remains on track. Agriculture sector, despite some shortfall in cotton production, is projected to post positive growth for the second consecutive year.

Industrial sector has managed demand pressures through improved utilization of existing capacity and continuing additions in installed capacity. Consequently, despite a late start of sugarcane crushing, LSM posted a growth of 6.3 percent during Jul-Jan FY18 as compared to 3.6 percent during the corresponding period in FY17.

Due to transition of fixed investment into additional productive capacity and with favorable trend in global demand, LSM growth is expected to maintain its current momentum in the remaining months of FY18 as well.

Despite a small moderation in fixed investment, late start of sugarcane crushing season and lower production of fertilizer amid excess stocks, cumulative PSC flows reached PKR 354 billion during Jul-Feb FY18 as compared to PKR 338 billion during same period in FY17. However, there has been a deceleration in M2 growth in FY18.

This deceleration was more pronounced in recent months due to deteriorating Net Foreign Assets (NFA) of the banking system. Given the favorable economic outlook, growth in PSC credit is expected to maintain its momentum throughout FY18 and well into FY19.

Apart from the impact of NFA, the extent of government budgetary borrowing from the banking system would also determine the trend of M2 growth in coming months.

Improved demand from major trade destinations and the Government’s ongoing export package are generating the momentum of growth for Pakistan’s exports.

During Jul-Feb FY18 exports growth has reached 12.2 percent as compared to the decline of 0.8 percent in the same period last year. Despite the decline in new labor proceeding abroad, workers’ remittances have recorded a growth of 3.4 percent in FY18 so far.

However, the growth in imports remains high. Even with a deceleration during the current year due to higher regulatory duties and exchange rate movements, import growth has remained high during Jul-Feb FY18 compared with the growth in the same period last year. As a result, the current account deficit has reached USD 10.8 billion during Jul-Feb FY18 which is about 50 percent more than it was during the same period in FY17.

Although the full impact of recent exchange rate depreciations on exports and imports is going to unfold gradually in the coming months, financing of the high current account deficit is challenging as a healthy growth in FDI and higher official inflows were insufficient to finance it completely. Consequently, SBP’s foreign exchange reserves declined to USD 11.78 billion as of 22nd March 2018.

Going forward, along with a focus on narrowing the current account gap, Government’s plans to timely mobilize external inflows, both official and commercial, will play a pivotal role in maintaining adequate level of SBP’s foreign exchange reserves and anchoring sentiments in the FX markets.