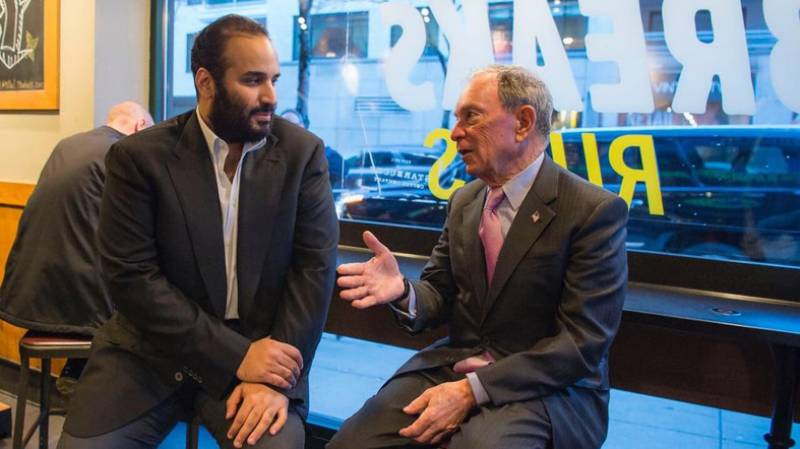 WASHINGTON- Saudi Arabia’s Crown Prince Mohammed bin Salman was pictured after his meeting with the heads of Bloomberg and Goldman Sachs during his visit in New York.

Prince Mohammed bin Salman, who is currently touring the United States on an official visit, met with Michael Bloomberg, founder, CEO, and owner of Bloomberg L.P. and Lloyd Blankfein, CEO of Goldman Sachs.

His meeting with the two came a day after he met separately with 40 executive officials of several US major companies and reviewed the importance of working on joint projects with Saudi Arabia.

Discussions focused on joint projects and ventures regarding Saudi Arabia’s mega-project NEOM that will be built near the Red Sea.