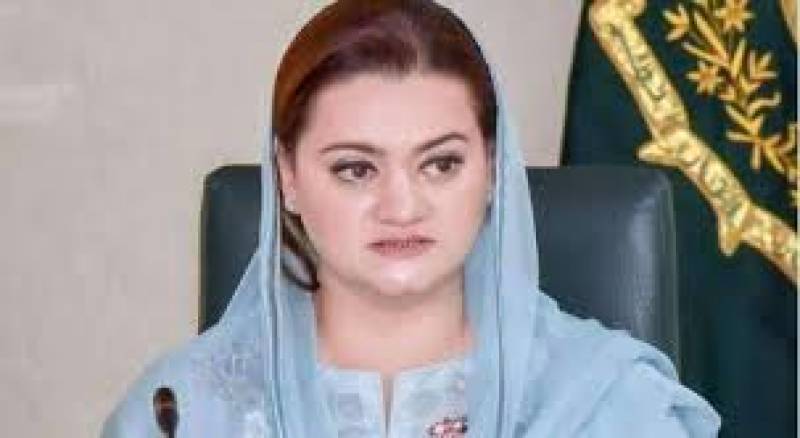 ISLAMABAD:Minister of State for Information, Broadcasting, National History and Literary Heritage Marriyum Aurangzeb talking to the media outside the Ehtsab court here Thursday said the Qatri prince, who was material witness for Sharif Family was not ascertained by JIT notwithstanding the fact that he was asking for it.

The minister said the Qatari prince kept on asking them to send the questionnaire to him for rendering answers, but the head of the JIT Wajid Zia used his discretion not to send it.

She said they were still trying to ferret out incriminating evidence against former prime minister Muhammad Nawaz Sharif even after sending him home on the basis of Iqama.

The minister told the media that Wajid Zia deposed before the court that the questionnaire could not be sent due to lack of consensus among the members of the JIT.

She posed a question as to what kind of JIT was it which was taking decisions on the basis of consensus rather than according to the law?. She pointed out that they could not agree on sending the questionnaire but had consensus on all other issues.

She said NAB prosecutors even today could not tell why the elected prime minister was disqualified adding even Wajid Zia who kept the key of the box in his pocket had to answer to it.

Marriyum said Muhammad Nawaz Sharif was first victimized for making Pakistan a nuclear power and was now being punished for bringing CPEC to Pakistan.

The minister emphatically said due to the efforts of the government and sacrifices offered by the people and state institutions back of the terrorists had been broken and those who had left the country due to terrorism were coming back.

Marriyum said homecoming of Mulala Yousafzai was an auspicious occasion and a great tiding for Pakistanis and also signified defeat of the terrorists.

She said the time had come for raising question on the real elements of the case. She said she wanted to inform the nation about the conversation that happened within the court.

Marriyum said when the court asked the star witness of NAB Wajid Zia about his experience he claimed that he had 29 years experience in that kind of job.

The minister revealed that when the lawyer of the Sharif Family Khawaja Haris asked him which law prevented him from sending out the questionnaire to the Qatari prince as per his experience, he had no answer and instead lost his cool.

She said the PML (N) leader Muhammad Nawaz Sharif had declared it unequivocally that he would not let that joke be repeated with any future prime minister, which was happening at the moment. She reiterated that Imran Khan was trying to construct a narrative on the basis of lies.

The minister observed that the star witnesses being presented by NAB were also giving statements in favour of Nawaz Sharif. Referring to the entry of Wajid Zia in the court through the backdoor, she remarked that had he done something right and legitimate he would have come through the front gate like the truthful Nawaz Sharif.

The minister strongly dispelled the rumours in the media about renting out of two floors of PTV headquarters to a private company saying that it was state-owned entity and what to speak of two floors not even a single brick was being given to anybody. APP/AFP