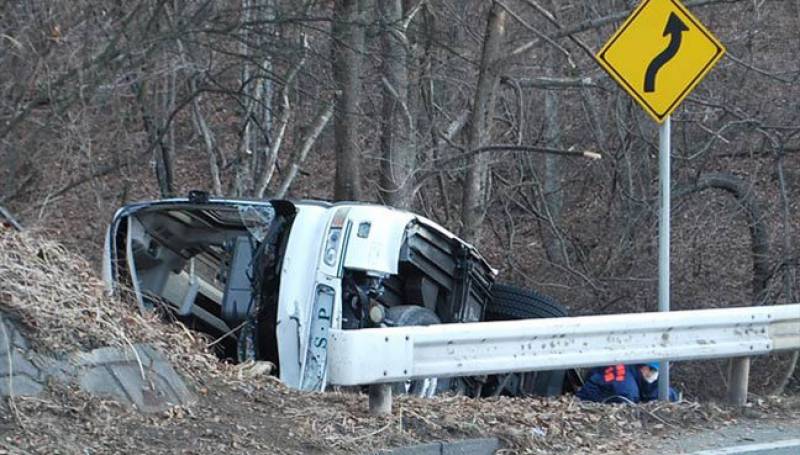 *ANKARA: *At least 17 people have been killed and another 36 wounded after a bus carrying illegal immigrants, including Pakistanis, hit a lighting pole in eastern Turkey and burst into flames, local media reported on Friday.

The bus, which crashed late Thursday on the Igdir-Kars highway, was carrying nationals from Iran, Pakistan and Afghanistan, the state-run *Anadolu*news agency reported. Images in Turkish media showed smoke rising from the charred bus with its front smashed and migrants lying on the road with bloodied faces.

“When we arrived at the scene we found a… migrant tragedy,” Igdir province governor Enver Unlu told reporters at the scene. “We are deeply saddened that the frequent smuggling of migrants, which goes on in our province, has ended in a traffic accident.”

Health officials said some of the injured were in a serious condition. The bus had capacity for 14 people but over 50 people including women were on board, according to *Anadolu.*

The Igdir public prosecutor has opened an investigation into the incident while officials sought to identify the driver. 13 illegal migrants were detained by security forces inside another bus, which *Anadolu* said had been on the same journey as the one involved in the crash.

Road accidents are common in Turkey. Turkish state broadcaster *TRT* said last month that 3,530 people were killed on the roads in 2017. - APP /AFP