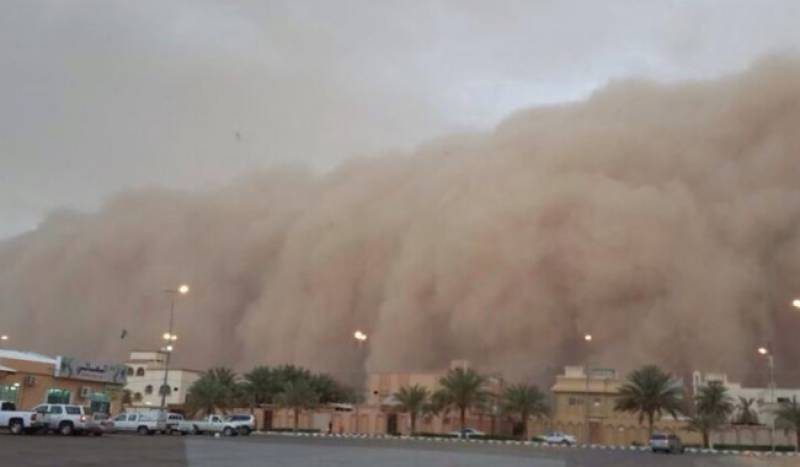 *RIYADH: Traffic came to a crawl and people remained in their homes as a sandstorm swept across the western region of Saudi Arabia on Thursday.*

As per Saudi media, sandstorms hit several cities in Saudi Arabia and disrupted road and air transport across the Kingdom as the sandstorms had severely restricted visibility in various areas, including Jeddah, Makkah, as well as neighboring parts of the region.

The early warning center of the national Saudi Meteorology and Protection of the Environment agency issued a nationwide warning stating that unstable weather will affect many areas Thursday and Friday.

The agency said the capital Riyadh will also get its share of the sandstorm and it is expected to continue until midday on Friday.

Makkah also suffered as a result of the storm. Maritime traffic was suspended in and out of Jeddah’s port due to poor visibility.

King Abdul Aziz airport authorities announced that smooth operations continued at the airport despite the storm.

Earlier, the sandstorms led to temporary closure of 6 airports in northern Saudi Arabia due to strong wind mixed with dust.