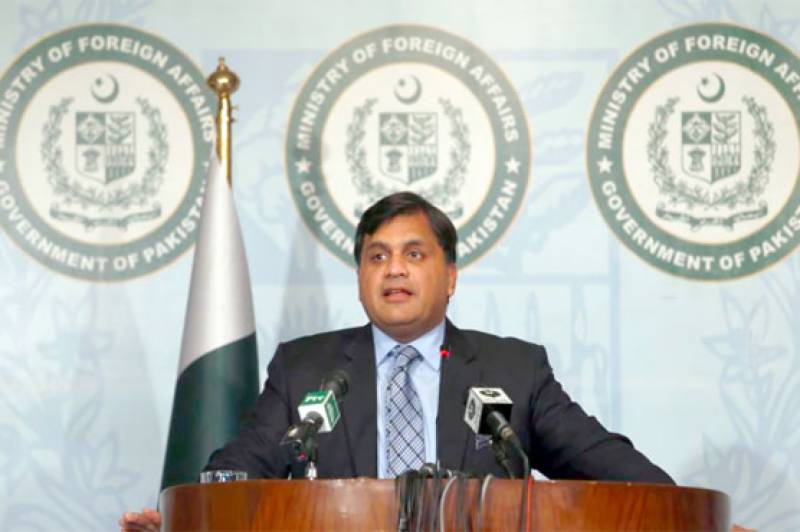 ISLAMABAD: Pakistan has asked Afghanistan to take effective action against terrorist hideouts from where they have been financing, planning and undertaking cross border terrorist attacks on Pakistani military posts, cities and towns.

A dossier to this effect was handed over to Afghan Embassy in Islamabad today.

It contains evidence of the involvement of Afghanistan based TTP in the suicide bombing at a Pak Army unit in Swat and the presence of TTP, JuA and other terrorist groups’ hideouts on Afghan soil.

The spokesperson said US Deputy Assistant Secretary of State Alice Wells is in Islamabad for talks with senior officials as part of the positive engagement between the two countries for finding out common grounds on various issues including countering terrorism, FATF and Afghan problem.

He said the two sides have been holding high level talks since US President Donald Trump`s south Asia Policy.

Dr Muhammad Faisal said Pakistan has been consistently emphasizing on an Afghan-led Afghan-owned dialogue process for peace in that country.

To a question, he said Pakistan has been expressing serious concerns over the presence of terrorist sanctuaries in Afghanistan along the Pakistani border.

He said the issue has been raised with the Afghan Government as well as the Resolute Support Mission there.

To a question about the presence of Daesh in the region, the Spokesperson said Daesh's concentration along the Afghan borders with Central Asian Republics, Iran and other countries alarms Pakistan due to its implications not only for Afghanistan, but the whole region and its security. APP/AFP