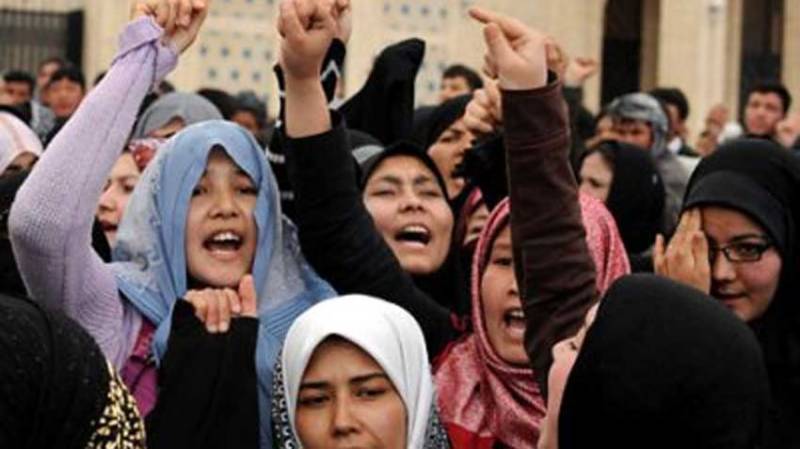 Dozens of peace activists, including women, have set up tents in the Afghan province of Helmand, after a car bomb killed more than a dozen people outside a sports stadium last week.

In a rare development, women from the ethnic Pashtun-dominated region began protesting alongside men in the provincial capital Lashkar Gah on Tuesday, saying that they would later march to a Taliban-controlled district to demand an end to the war.

“I lost my son in one of these explosions and his family are without any support. I am asking the Taliban to accept our demand for peace,” said Khial Bibi, one of the participants at the women’s tent.

The protest did not involve government officials or politicians and was a “pure people’s movement”, said Qais Hashemi, a male protester.

The car bomb exploded on Friday as a wrestling match ended in Lashkar Gah, killing at least 14 people and wounding at least 47. No group has claimed responsibility.

The attack underlined the continued threat of violence across much of Afghanistan with the approach of spring, when fighting tends to pick up.

The Taliban, seeking to restore strict Islamic rule after their 2001 defeat by U.S.-led troops, on Wednesday issued a statement directing the protesters to march toward U.S. military bases instead and demand that they cease fighting.

Protesters against the Taliban were being exploited by U.S. forces, spokesman Qari Muhammad Yousuf Ahmadi said in the statement on a Taliban website.

“The Islamic Emirate is seriously concerned that the enemy circles will misuse your name,” the statement said.

“Allah forbid, if something were to happen then responsibility will be placed squarely on your shoulders because you understand that we are at war, are facing various enemy plots and will be forced to take serious steps in pursuit of their neutralization.”

The Taliban control large areas of Helmand, which is the source of much of Afghanistan’s opium crop.

President Ashraf Ghani offered last month to hold peace talks with the Taliban but there has so far been little sign the insurgents are willing to end their fight.