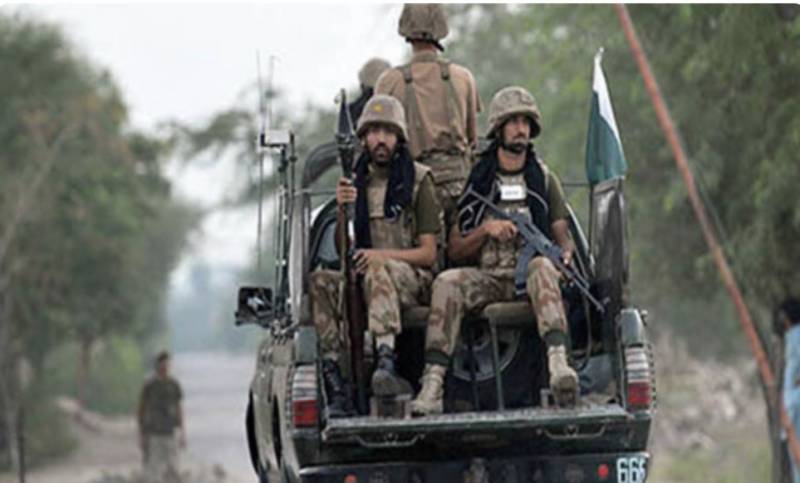 *KECH: Six terrorists were killed while a Pakistan Army soldier embraced martyred during an operation conducted by security forces in the general area of Hoshab, district Kech, the military’s media wing said on Friday.*

In a statement, Inter-Services Public Relations (ISPR) said that the operation was conducted on information regarding the movement of a terrorist group on motorcycles towards Panjgur from Kech.

During the exchange of fire, Hawaldar Hidayatullah – who hailed from Lakki Marwat – embraced martyrdom and Naik Mir Muhammad –who hailed from Waziristan – sustained injuries. However, six militants were killed by the security forces.

The ISPR mentioned that a heavy exchange of fire took place between terrorists and security forces and a large cache of arms and ammunition has been recovered.