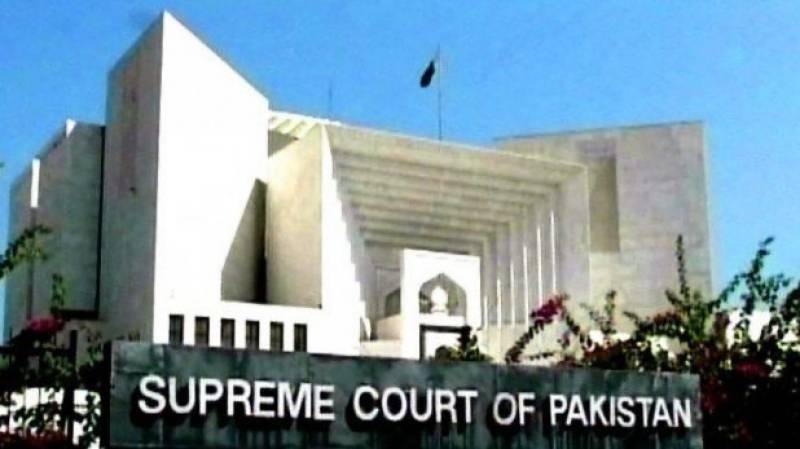 ISLAMABAD – After recent meeting of the Judicial Commission of Pakistan (JCP) held to discuss elevation of judges to the country’s top court was marred by controversy, the Supreme Court of Pakistan has released an audio of the meeting for the first time in its judicial history to clarify the situation.

The development comes after two members of JCP – Justice Qazi Faez Isa and Justice Tariq Masood – contested a press release issued by top court’s public relation officer, stating that the meeting had been deferred to enable the Chief Justice of Pakistan Umar Ata Bandial to place additional information and data about those already proposed and if he considers appropriate, add more names to the list of proposees for considerations.

Both judges claimed that the meeting had disapproved the nominations of judges, proposed by the CJP, for elevation to the apex court. In their letters to JCP, they called for released the “correct detailed minutes” of the meetings, adding that the chief justice “did not dictate the decisions that were taken, and left the meeting quite abruptly, followed by Justice Ijaz-ul-Ahsan”.

The situation prompted the chief justice of Pakistan to relax JCP rules and issued an audio of the two-hour-long meeting.

“In these exceptional circumstances the Hon’ble chairman JCP has been pleased to relax the restriction under Rule 5(4) of the JCP Rules, 2010 and has directed for the audio recording of the JCP proceedings of 28.07.2022 to be made available on the official website of the SCP,” the top court said in a fresh press release.

It said that the “audio recording from time slot 1:29:45 to 1:38:08 contains the statement” made by Attorney-General for Pakistan Ashtar Ausaf Ali, led to the deferment of the meeting as claimed by the PRO.

The statement added that the AGP “did not assess or reject the merits of any of the High Court judges proposed for appointment to the SCP”.

What is in the audio?

As per the audio, Justice (retd) Sarmad Jalal Osmany opposed the elevation of Sindh High Court’s Justice Naimatullah Phulpoto to the top court and accepted other four nominations. He cannot be heard saying the world defer in the audio.

Both Justice Sajjad Ali Shah and Justice Ijazul Ahsan approved all the five nominations made by the chief justice of Pakistan. They also did not call for adjourning the meeting as it was mentioned in the top court’s press release about JCP meeting.

When Justice Sardar Tariq Masood was asked to express his opinion, he stressed on following the seniority principle for the elevation of the judges.

Justice Masood can also be heard saying that if one judge is being given the right to nominate their successor, then everyone should be given that right, but clarified that this is against the Constitution.

He also suggested that Islamabad High Court’s Justice Athar Minallah and Justice Ahmed Shaikh should be considered for elevation.

At the end, Justice Masood opposed all the nominations made by the CJP and called for adjourning the meeting until an issued releated to the seniority principle of chief justice of Peshawar High Court is settled.

The AGP also endorsed the disapproval of nominees by Justice Tariq Masood and called for deferring the meeting.

When PBC representative Akhtar Hussain was asked to speak, he also opposed all the nominations.

Justice Isa also rejected the nomination and at this point of the audio, CJP Bandial left the meeting abruptly.