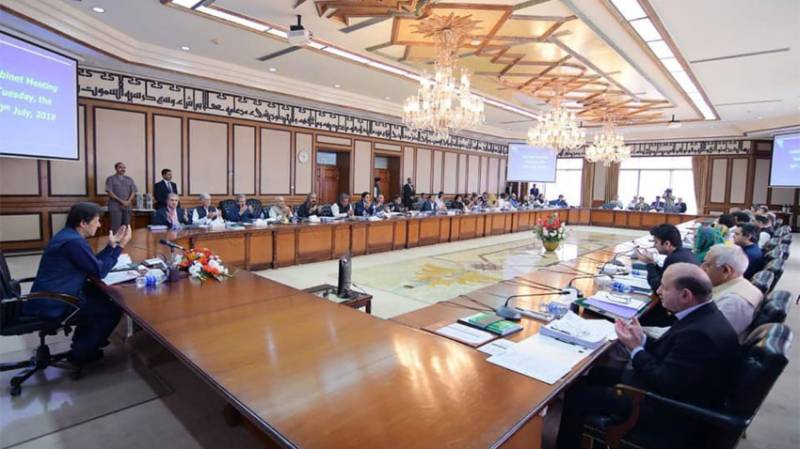 She was briefing media on Cabinet meeting held in Islamabad on Tuesday under the chair of Prime Minister Imran Khan.

She said the Prime Minister has directed the ministries to give proposals for facilitating the common people.

Firdous Ashiq Awan said that prime minister, has also formed a committee for improving conditions in jails and collecting data of destitute prisoners including juvenile prisoners languishing in jails.

The Special Assistant to Prime Minister said that the cabinet also gave approval for establishing of National Road Safety to reduce accidents on highways and improve travelling on Highways and Motorways.

She said that the cabinet approved establishing of National Commission for Protection of Children Rights.

She said that the cabinet also approved separation of services and regulation departments in the Civil Aviation Authority and decided to improve facilities at the airports.

She said that the Cabinet has decided to take immediate measures for the people affected by recent heavy rains in Karachi and Hyderabad.

Firdous Ashiq Awan said that the cabinet also expressed commitment to continue efforts to widen the tax net and appreciated the measures taken by the Federal Board of Revenue in this regard.

To a question she said that JUI-F chief Maulana Fazlur Rehman is fulfilling his personal agenda in the garb of religion.

She said Madrassah reforms are being introduced to impart modern education along with religious education to the seminary students.

She said that Prime Minister took strict notice of the increase in price of bread and directed to raise the issue in ECC meeting. He directed that the government is taking special measures to reverse the price of bread keeping in view the factors responsible for the increase.

The Special Assistant to Prime Minister on Information and Broadcasting said the Cabinet offered Fateha for the martyrs who embraced Shahadat in terrorist incidents in Waziristan and Balochistan and today's plane crash in Rawalpindi.