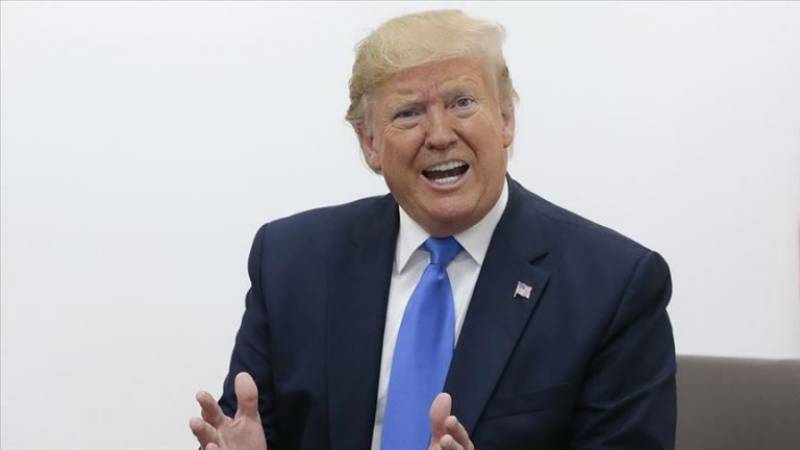 WASHINGTON (AA): Day two of trade talks between the U.S. and China in Shanghai on Tuesday got a sharp awakening in the form of U.S. President Donald Trump lashing out at Chinese officials on Twitter.

“China is doing very badly, worst year in 27 – was supposed to start buying our agricultural product now – no signs that they are doing so,” Trump said. “That is the problem with China, they just don’t come through.”

“Our Economy has become MUCH larger than the Chinese Economy is last 3 years,” he stressed.

Trump’s remarks came on the second day of officials from the two giant competitors meeting in Shanghai for trade and tariff negotiations, the first face-to-face meeting for the two delegations since May.

Emphasizing that the negotiations are ongoing, Trump said that China “always change the deal in the end to their benefit.”

“They should probably wait out our Election to see if we get one of the Democrat stiffs like Sleepy Joe [Biden],” said the president. “Then they could make a GREAT deal, like in past 30 years, and continue to ripoff the USA, even bigger and better than ever before.”

“The problem with them waiting, however, is that if & when I win, the deal that they get will be much tougher than what we are negotiating now,” Trump said, referring to the 2020 general elections, “or no deal at all.”

“We have all the cards, our past leaders never got it!” he claimed.

The U.S. and China have slapped tariffs on hundreds of billions of dollars worth of each other’s goods, and Trump threatened to impose duties on $300 billion worth of additional of Chinese imports in May after trade negotiations faltered that month without a long-sought deal.

Last month, some 600 American retailers, farmers, and manufacturers, including Walmart and Levi Strauss, signed a letter urging Trump to forego tariffs on Beijing amid the ongoing trade war between the two countries.

Trump has derided and withdrawn from trade deals negotiated by especially his Democratic predecessors.

Critics, however, fault his continued threat of tariffs and lack of clarity over trade goals with hurting U.S. manufacturers and farmers, as well as the international trade system.