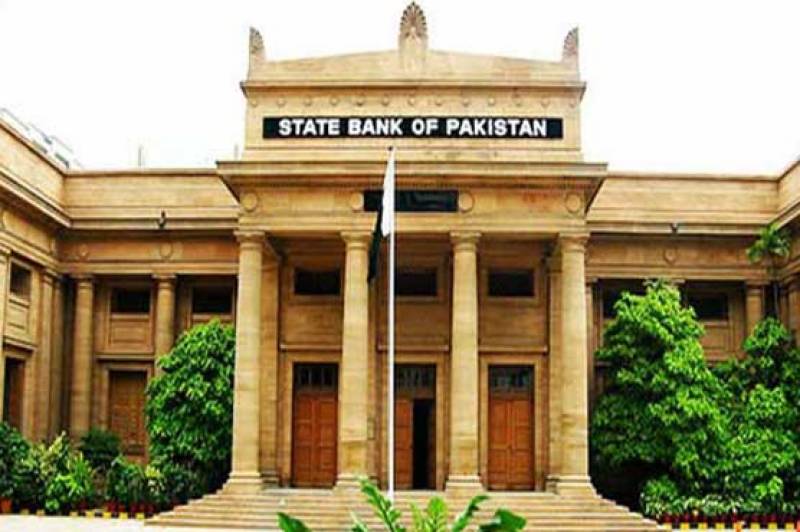 KARACHI (APP): The Monetary Policy Committee, after detailed deliberations, has decided to maintain the policy rate at 5.75 percent.

Pakistan economy posted notable improvements in FY16 as average annual CPI inflation declined to a 47 year low of 2.9 percent and real GDP growth touched an 8-year high of 4.7 percent, according to monetary policy statement issued by the SBP here on Saturday.

Discreetly evaluating the outlook of these improvements, SBP cut its policy rate by a cumulative 75bps in FY16; over and above cut of 300bps in FY15.

Both external and domestic factors have contributed towards improvement of the economy. On the external front, despite a decline in exports growth, foreign exchange market remained broadly stable due to lower oil prices, healthy workers' remittances, and adequate official capital inflows.

While on the domestic side, an increase in FBR revenues has helped in increasing development spending, while at the same time maintaining fiscal deficit close to the target level.

Although increased demand for currency and at times government borrowing from commercial banks kept the money market under pressure, effective injections to keep the market sufficiently liquid by SBP, has helped in a better transmission of monetary policy.

This was visible in overnight repo rate which on average remained closer to the policy rate. Overall, 6-month KIBOR has seen a steeper 93bps reduction in FY16,

compared to a 75 bps reduction in the policy rate during May 2015 to May 2016. Thus, in turn, it has helped in a remarkable increase of Rs461 billion in private sector credit in FY16, compared to Rs224 billion in FY15.

This indicates that existing lending rates together with the provision of liquidity are supporting the accelerating pace of private sector credit.

Going forward in FY17, factors affecting the outlook for external sector are broadly similar to that of FY16.

Even with a slight increase in current account deficit, on account of expected higher non-oil imports, positive growth in workers' remittances are likely to keep it

At the same time, substantial bilateral and multilateral project loans related flows in the financial account will help maintain an overall surplus in the balance of payments.

Further addition to this surplus is likely to come from increased foreign portfolio investments on the back of reclassification of Pakistani stock market in the Emerging Markets Index by MSCI.

However, unexpected increase in oil prices may result in wider trade deficit. Further deterioration in global trade due to slowdown in China may accentuate this problem. Slowdown in Gulf region may decelerate growth in workers' remittances.

Furthermore, uncertainties about recovery in the EU in the post-Brexit period can have repercussions for financial inflows and trade to the country.

Pakistan's economic growth is set to increase further in FY17.

The impetus is likely to come from the continuation of same positive factors as of FY16, which include: (i) rising investment under PSDP and CPEC; (ii) improved energy availability to industry; (iii) lagged impact of prudent monetary policy; (iv) healthy private sector credit uptake; and (v) improving law and order situation.

Adverse supply shocks, continued declining trend in commodity prices, and any setback to security situation may hamper the possibility of attaining the GDP growth target of 5.7 percent in FY17.

In the absence of these risks and building on to the current momentum, GDP growth can also experience a spurt in FY17. Two intertwined factors are central in shaping up this possible scenario.

First, investments and activities related to PSDP and CPEC are going to gain full traction which will be crucial in giving further boost to construction and allied industries, large scale manufacturing, electricity generation and its impact on services sector, and promoting an investment climate in the country.

Second, a successful end to the IMF programme will bring the much-needed confidence boost to Pakistan economy and the government which can further enhance the growth prospects in FY17.

Increased economic activity may impact inflation. Accordingly, SBP forecasts average CPI inflation in the range of 4.5-5.5 percent for FY17. Any upward adjustments in gas tariff, fiscal slippages, and supply disruptions pose risk to this assessment. Uncertain global oil price is the major risk to this projection.