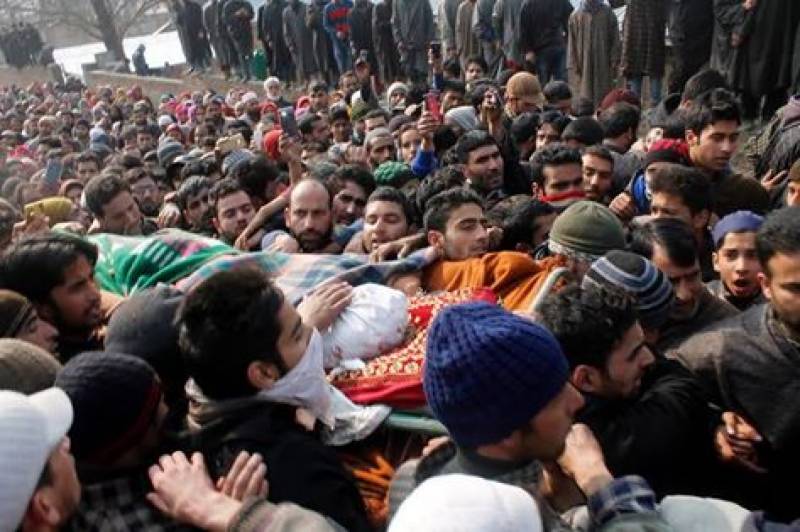 The troops killed the youth during a siege and search operation in Nowgam area of the district.

Earlier, two Indian soldiers were killed and another was injured in an attack in the same area.

Meanwhile, body of one Tariq Ahmed, a resident of Gandoh in Ganderbal and a driver by profession, was found in a forest in Nowshera tehsil of Rajouri district.