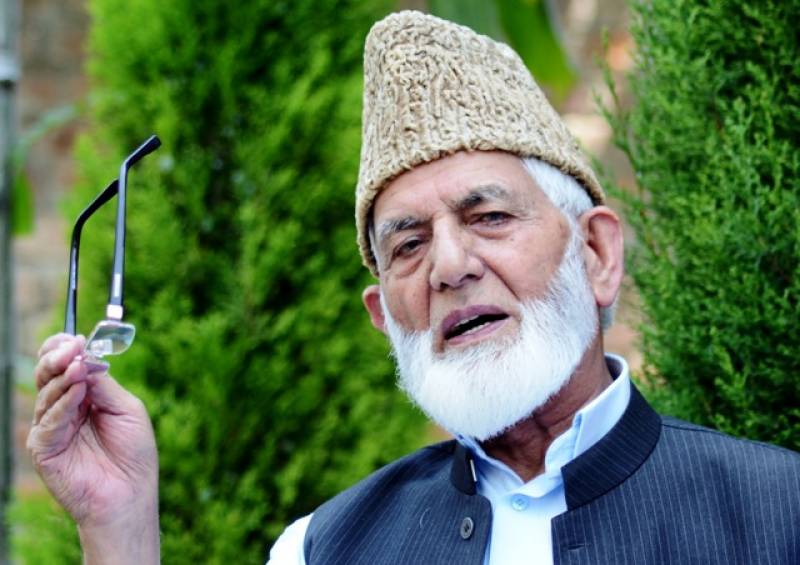 ISLAMABAD (APP): The Chairman of All Parties Hurriyet Conference, Syed Ali Gilani, has condemned the threats being held out to Amarnath Yatris and tourists by some miscreants in south Kashmir's Sirigufwara, Ashmuqam, Pahalgam and Salar areas.

According to Kashmir Media Service, Ali Gilani in a statement issued in Srinagar said that these miscreants were the agents of Indian forces and agencies and their actions were aimed at defaming the ongoing freedom movement in the territory."These masked miscreants are roaming about from places on scooters without number plates. They are distributing posters against the yatris and tourists in the name of Tehreek-e-Hurriyet. They are basically the agents of Indian forces and agencies. They are doing these actions to malign the ongoing movement."

The APHC Chairman pointed out that it was the wicked planning of the Indian government and agencies and strongly condemned it. "We are neither against the Yatris nor the tourists and nor any other Indian person but we want that these people should come here and personally witness our freedom struggle so that they can tell their rulers back in India that they (rulers) are fighting a lost war in Kashmir," he said.

Syed Ali Gilani appealed to the pro-freedom people particularly youth of these areas to stop these elements from these activities otherwise the wicked conspiracies of the enemies would succeed in defaming the Kashmiris' ongoing freedom struggle.