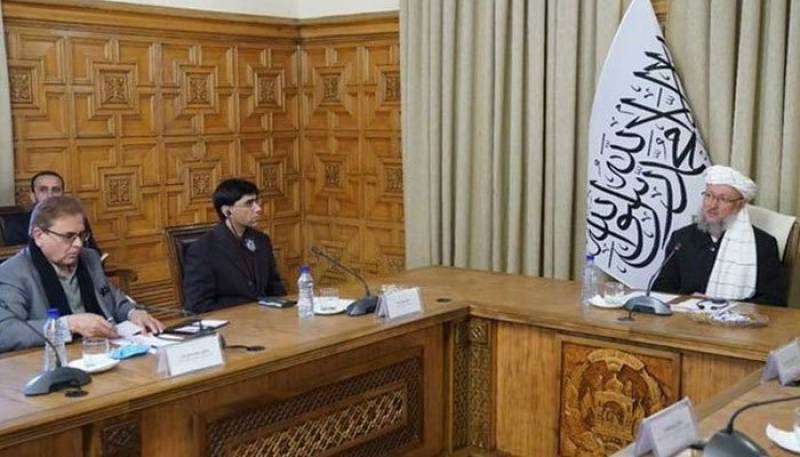 KABUL – Acting deputy Prime Minister of Afghanistan Mullah Abdul Salam Hanafi reassured National Security Adviser Moeed Yusuf and other members of the visiting delegation that Afghan soil would not be used against any neighbour including Pakistan.

Reports in local media said Moeed Yusuf discussed ways to boost the relationship with Kabul to promote trade and connectivity with Mullah Abdus Salam Hanafi as part of his engagements with the interim leadership.

Pakistan gave importance to expanding its trade and transit fields besides being ready to go ahead with its regional projects, Yusuf told Afghan leaders saying Pakistan is standing with the Afghan people and it will continue to cooperate in every field.

The Pakistani delegation led by Moeed Yusuf has arrived in the Afghan capital on Saturday to discuss matters of mutual interests, especially regional security.

Upon their arrival, Acting Minister for Commerce and Industry Nooruddin Azizi welcomed the Pakistani delegation at Hamid Karzai International Airport.