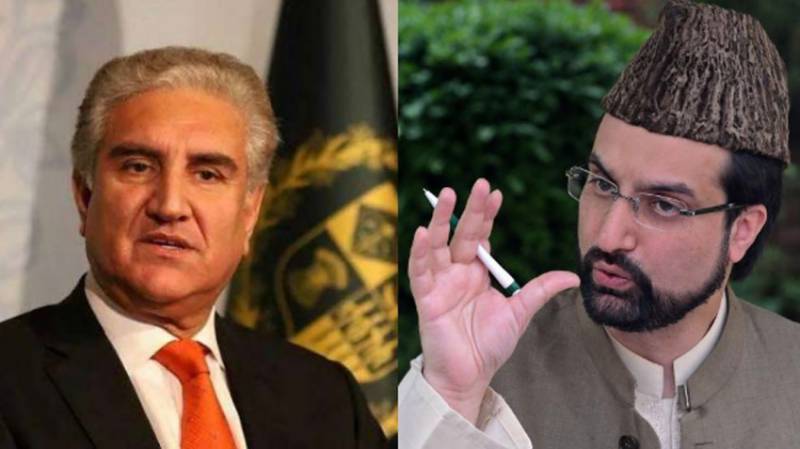 The Foreign Minister informed him about Pakistan's efforts to effectively highlight Kashmir issue at all international forums, exposing Indian brutalities in the Occupied Kashmir.

He also informed him about the upcoming events being organized in London at the House of Commons and the exhibition being held in London on 4th and 5th of next month.

He emphasized that India should permit the visit of the Commission of Inquiry, as envisaged in both Reports.

Mirwaiz Umar Farooq greatly appreciated the efforts of the Government of Pakistan and emphasized that Indian atrocities shall never be able to suppress the will of the people of Indian occupied Jammu and Kashmir.

He said the people of Occupied Kashmir will continue to raise their voice against severe Indian repression and Indian black laws.

Mirwaiz Umer Farooq said that he would have wanted to be present for the London events, but his passport and those of his contemporaries, had been confiscated by the government of India, to prevent them from travelling abroad.